Norwegian Cruise Line Increases Service Fees Again – But Will NCL’s Crew Remain Underpaid While CEO Del Rio Continues to be Paid an Average of $25,000,000 a Year? 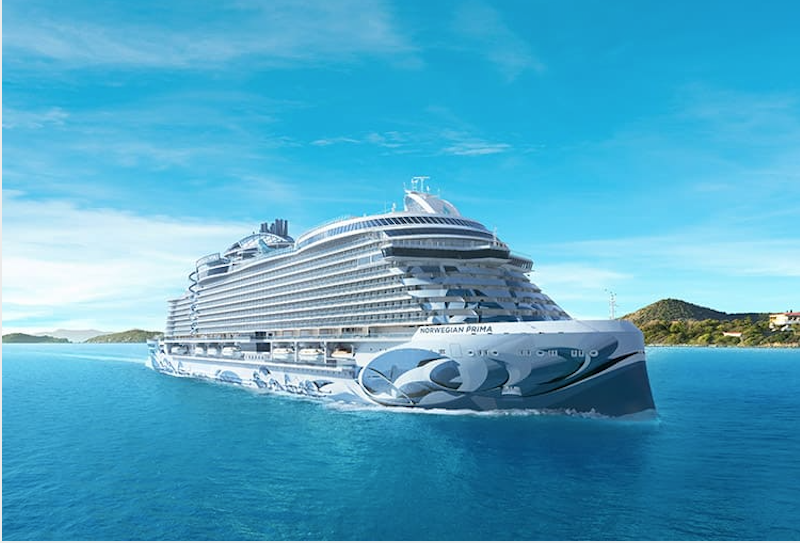 A number of travel publications are reporting that Norwegian Cruise Line (NCL) is drastically increasing its service charges by an unprecedented 25% for most cabins, effective January 1, 2023. NCL’s new rate for most passenger cabins will increase $4 from the current $16 a cabin to $20 cabin per person per day. NCL’s guests staying in The Haven and other suites will face a $5 increase to a whopping total of $25 per person per day. Again the service fees is per person, per day!

Even the regular cruise bloggers and cruise cheerleaders are jazzed up by the high fees. The Points Guy (Gene Sloan) calls NCL’s fees “unprecedented” and “enormously” high. Mr. Sloan writes: “With the increase, a family of four staying in a suite will pay a cool $700 in service fees during a typical seven-night cruise — a level never before seen in the cruise business.”

Other cruise lines like  Carnival Cruise Line, Holland America, Princess Cruises and Royal Caribbean apply service charges ranging from $14.50 per person per day to $16 per person per day. Even with some recent increases, these lines “still doesn’t come close to what Norwegian plans to start charging.”

The CEO of NCL’s parent company, Frank Del Rio, has steadily increased service charges and incidental fees for room service and other cruise services across the board. In our article titled Back to “Nickel and Diming” Again: Norwegian Cruise Line Jacks Up Gratuities, we pointed out that the cruise tycoon Del Rio has gouged its customers before, with a maddening amount of extra charges, including increased room services charges, automatic gratuities and restaurant cover charges. He made this statement at an earning conference in 2015: “. . . we have looked across the fleet to identify areas where marginal changes … can be implemented to improve performance. A few examples include a 6.7% average increase in beverage prices, the introduction of a nominal room service fee and lower costs from renegotiated shore excursion agreements. To put into perspective how these small changes can add up quickly, every dollar increase in yield translates to approximately $15 million to the bottom line.”

Skift wrote this summer, in support of the conclusion that Del Rio is overpaid, that NCL’s shareholders overwhelmingly rejected his compensation package at NCLH’s annual meeting June 16th. “The non-binding vote won’t keep Del Rio from keeping the $19.7 million he got paid last year. But it was the second straight year the company’s shareholders turned thumbs down: Del Rio’s $36.4 million 2020 pay, as the industry all but foundered, was disapproved in a 5-1 vote.”

Income inequality and the disparity between cruise-industry CEO tycoons bosses and their ship employees is the largest in the travel industry. Skift explained that cruise-industry wages are “low because the companies hire heavily in developing nations . . .  The median wage at Norwegian is $19,319, compared with $14,706 at Royal Caribbean Group and $8,658 at Carnival Corp. (Del Rio’s car allowance alone was $27,600, more than his median staffer’s total pay).”
Meanwhile, according to Skift, “execs at Royal Caribbean (Richard Fain – $15.8 million) and Carnival (Arnold Donald – $15.1 million) have also cashed in big. At all three, CEOs make more than 1,000 times the pay of the median worker at their companies.”

So I suppose there’s nothing really new with this story. The premise is the same: Overpaid cruise executive Del Rio again jacks up his cruise line’s fees. Someone has to pay the greedy executive’s average income of $25,000,000 a year. We’ve  written about it time and time again. But what about the hard working ship employees working over 12 hours per day for 7 days a week, 30 days a month?  Remember, those men and women who work away from their families for 6 to 10 months straight without a break yet earn 1,000 times earn less than this fat-cat executive who earns an average of $25,000,000 a year?  Are the increased fees going directly to the shipboard crew?

The answer is a clear “no.” NCL explains in a section on its website explaining “what is the onboard service charge?” that “behind-the-scenes support staff (in addition to restaurant staff and stateroom stewards) are compensated by a combination of salary and incentive programs that your service charge supports.” So NCL takes the service charges and, in its sole discretion, pools the money and apparently divides it up. Yes, some unknown portion may go to the tip-earning stewards and waiters, but some portion of the money obviously goes toward non-tip earners (like kitchen staff, cleaners, etc.) to defray the wages that NCL pays. Does some of these “unprecedented” and “enormously” high fees go toward NCL’s profits and executive salaries?  NCL is not saying, but take your best guess.

Another cruise cheerleader, Cruise Hive, recently wrote about NCL’s exorbitant daily gratuities which are “part of a broader initiative across the cruise industry increased prices, limited options, and fee increases.” But Cruise Hive explained that “paying gratuities is never mandatory, and should you feel that the service level needs to improve, you can opt-out.”