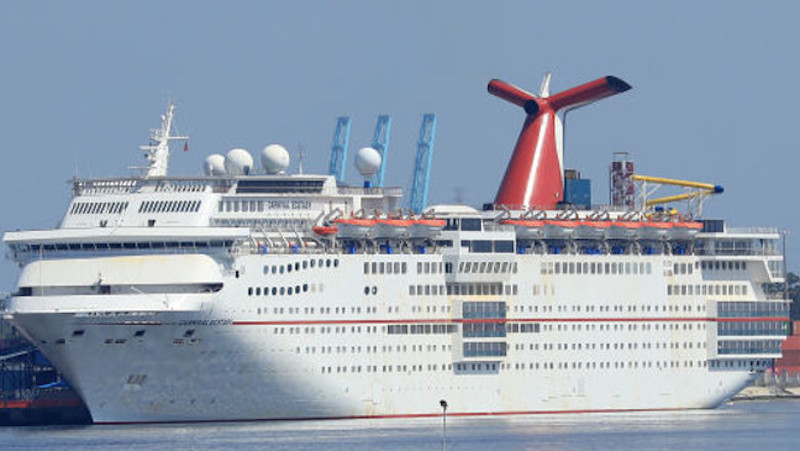 The smallest and oldest ship of Carnival Cruise Line’s fleet is prepared to embark on its final voyage. The 2,052-passenger vessel named the CARNIVAL ECSTASY which recently has been based in Mobile, Alabama, is all set to depart the city late Monday on a five-night voyage to Mexico that’ll be the last in the Carnival livery, following 31 years of long service.

The ship’s future, which has delivered several vacations to millions of fans over Carnival’s career, remains uncertain. The cruise line has not declared if it has already been sold to yet another cruise operator or will be sent for scraping — the fate of Carnival Ecstasy’s sister vessels in recent years.

Built in 1991, the CARNIVAL ECSTASY is one of the last remaining vessels in Carnival’s eight-ship Fantasy series that made its debut in 1990 and facilitated the cruise industry’s growth. At the time CARNIVAL ECSTASY had made its debut, the Carnival fleet had a handful of vessels. The vessel’s arrival with the seven sisters during 1990–1998 catapulted the line into the massive leagues of North American tourism. For years, the Fantasy-class vessels formed and held the core of Carnival’s fleet. However, the line has  decided to rapidly phase out the class to cut down on its costs since the beginning of the COVID-19 pandemic in 2020. Carnival took four of the eight Fantasy-class vessels from its fleet after the ongoing COVID-19 pandemic. Earlier in 2022, it reportedly retired a fifth vessel of the series — the CARNIVAL SENSATION.

After the week’s sailing concludes on Saturday, Carnival Ecstasy is expected to become the sixth of the original and initial eight Fantasy-class vessels to leave Carnival’s fleet. While much beloved by fans of the Carnival, partly for the intimate sizes, the Fantasy-class ships lack an adequate number of balcony cabins — the cabin type most guests desire today. Most of the cabins on these ships boast an “ocean view” with a window or a mere porthole, or even windowless “inside” cabins. The ships have relatively fewer venues and amenities compared to the larger and newer Carnival ships. As you’d on the more unique Carnival vessels, one is unlikely to find massive water parks on the boat. You are more likely to come across multiple slides and a spray park for kids. The dining options are pretty limited.

The Fantasy-class vessels built in recent years have most likely been used in secondary ports like Mobile and Jacksonville in Florida, which may not be able to support the larger ships.

The newest Carnival flagship weighs 181,808 tons, can carry about 5,282 passengers, and is at double occupancy (6,465 with each pulldown bunk and pull-out sofa filled). With Carnival Ecstasy’s departure after this week, Mobile will be left without a cruise ship that calls the city home. The city reportedly built a 66,000-square-foot cruise terminal in 2004 to lure cruise firms to the town. It has since then been serving as a home base to Carnival vessels.City officials have reportedly mentioned that cruisers who arrive for sailings account for approximately 35,000 room nights at local hotels every year and pump money into the local restaurant businesses.

Yet, Mobile will not be left without a cruise ship for long. Carnival has mentioned that it’d soon be redeploying yet another new vessel to Mobile. With the scheduled departure of CARNIVAL ECSTASY, the Carnival fleet will be left with only 23 cruise ships. However, the line is soon expected to receive delivery of its 24th vessel, a 5,282- passenger CARNIVAL CELEBRATION , which is currently under construction at a shipyard based in Italy.