Gibraltar Calls for Removal of Bulker's Wreck Within Six Months 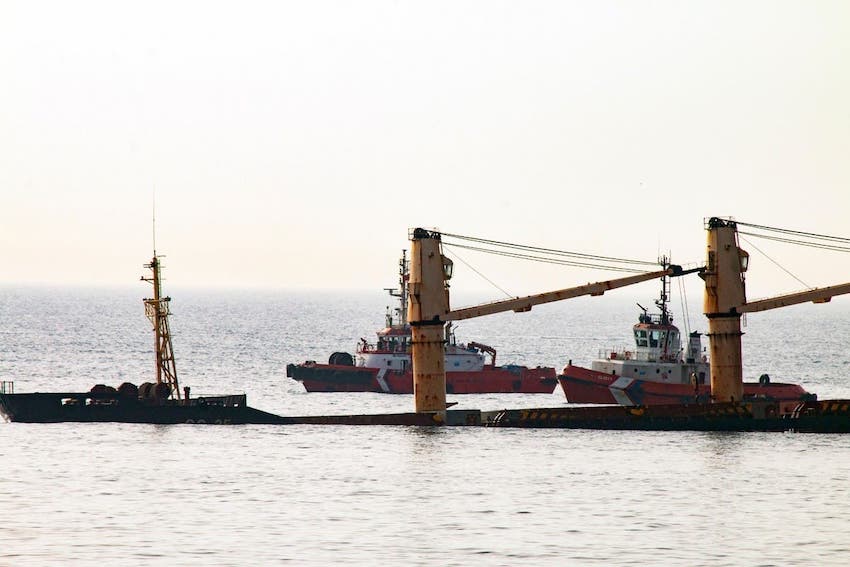 The Gibraltar government has asked the owner and insurers of the bulker OS 35 to remove the wreck and its contents from the territory's waters within six months, and it has requested compensation for costs related to the grounding.

After taking measures to prevent further pollution by locating and removing trapped oil, the Gibraltar Port Authority (GPA) said it has issued a Wreck Removal Notice to the vessel’s owner. The notice requires the complete removal of the wreck and its contents by the end of May 2023, with proper protection of the marine environment during the operation. The vessel sits about 700 meters off the shoreline of Catalan Bay. The notice also calls for recovery of costs from the vessel’s owners and insurers, and it notes that non-compliance would be an offense under the country’s laws. The bulker was operated by Old Stone Management Ltd of Piraeus, and the P&I Club of the vessel is QBE Europe. The insurer appointed Resolve Marine Services as the salvor of the vessel.

GPA issued the removal and compensation notice after receiving a timeline from the salvors for the wreck removal. Part of the plan includes a caretaker phase to monitor the wreck and mitigate pollution before its full removal. “Whilst the precise methodology for the removal of the OS 35 and its contents has not yet been established, this preliminary schedule is an important development in the operation. It confirms the intentions of the owners and their insurers to comply with the deadline and conditions specified in the Wreck Removal Notice,” said John Ghio, Port Captain. The notice allows the owner and insurers to move ahead with tendering to select a contractor for the wreck removal, which is typically put out to bid separately after the initial emergency salvage response.

On August 30, the 35,000 dwt bulk carrier collided with the liquefied natural gas carrier Adam LNG. The pilot aboard the bulker intentionally grounded her to prevent her from sinking. Over the course of the following week, her hull partially broke, spilling fuel. GPA has had to mount a pollution-control response to contain and clean up major fuel oil leaks from the wreck, and the incident has disrupted port operations, including a temporary suspension of bunkering. Last week, GPA said that dive surveys had located several oil pockets trapped within the frames of the vessel’s hull. These oil residues have been slowly seeping to the surface and off the vessel. By recovering these oil pockets while still inside the vessel, the salvage team has reduced the amount of ongoing spillage. The GPA is also repairing the containment boom around the wreck site to reduce free-floating oil.