China's Cosco bets US$5b in another bid at shipping crown 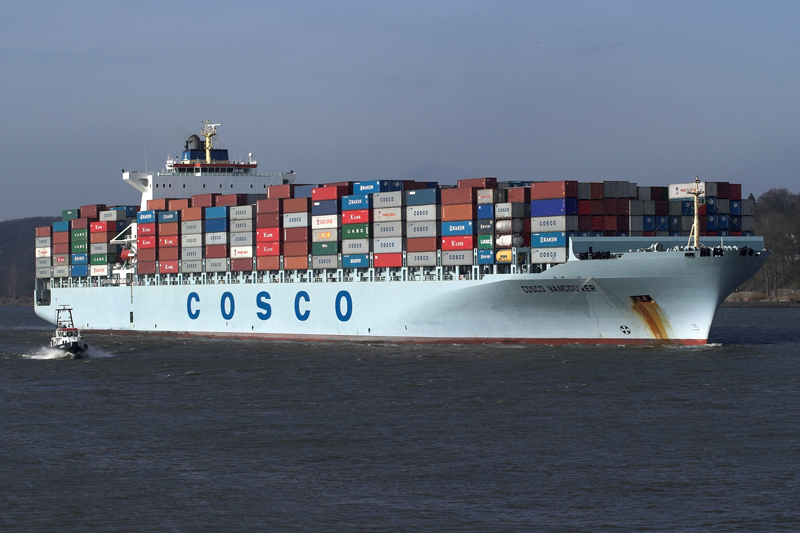 CHINA's state-owned shipping giant Cosco Group is to spend US$4.9 billion to expand its fleet in a renewed quest to become the biggest global marine transporter.

The group will allocate the funds from 2023 through the end of 2025 to bring in 32 container ships, expanding its carrying capacity by roughly 580,000 TEU. COSCO's fleet totalled 512 vessels at the end of June, amounting to 2.92 million TEU. If it does not scrap any ships, the investment would boost capacity by roughly 20 per cent, according to Nikkei Asia.

"We'll use the advantage of our scale to reduce costs and respond to the various needs of our clients," Cosco Shipping Holdings, the group's core listed subsidiary, said about the shipbuilding plans.The international feeding frenzy for container ships has led to a spike in shipping rates, creating an unanticipated windfall for the industry. Cosco Shipping Holdings reported that net profit last year ballooned ninefold. For this year's first half, the company reaped record profit and revenue.

Cosco Group is taking advantage of these business conditions to expand its fleet, but there are risks to this move. First, COSCO's biggest rivals are acting on the same idea, and are ordering a slew of new ships. The world's top 10 shippers are expected to expand their capacities by as much as 10 per cent-30 per cent, according to the market intelligence firm Alphaliner.

Those new vessels are expected to be fully constructed and ready starting next year. "The containership frenzy will return to normal by the end of the year," said Hitoshi Nagasawa, president of Japanese shipper Nippon Yusen. If shipping rates continue to decline, that could lead to an oversupply of ships and another industry downturn.

In that light, it appears that large shippers will actively turn to buyouts as a means for survival. Swiss-headquartered MSC leaned on acquisitions to replace Denmark's AP Moller-Maersk, the longtime leader, as the world's top shipper in 2021.

"An industry shakeup will occur in the next slump," said an industry source. Furthermore, Cosco's bid to become the world's top shipper faces challenges unique to Chinese state- owned enterprises. With many companies under China's umbrella targeted by US sanctions, any attempt by Cosco for an overseas purchase may be met with resistance from local authorities. "The tensions between China and the West are a disadvantage to Cosco's acquisition strategy," said a shipping industry source.