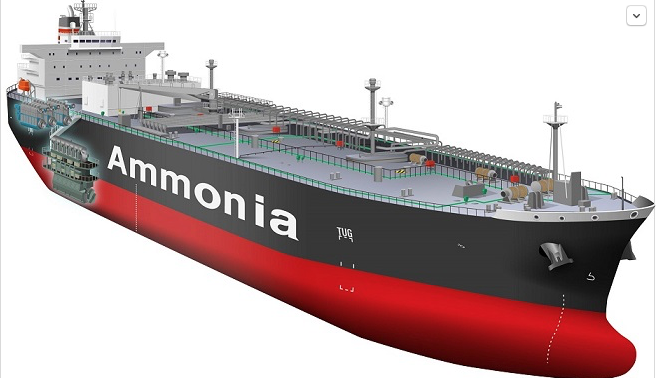 The carrier is currently under research and development by the four companies involved in a demonstration project for the commercialisation of vessels equipped with a domestically produced ammonia-fueled engine.

The project was approved by Japan’s New Energy and Industrial Technology Development Organization (NEDO) as a part of the Green Innovation Fund.

The companies are working together to study the feasibility of the construction and commercial operation of the prototype vessel in an integrated manner.
ClassNK carried out a design review of the AFAGC developed through this project, verifying that it complies with the prescribed requirements. The delivery of the AiP to the companies involved took place at the Gastech exhibition in Milan.

The ship is scheduled for delivery in 2026.