UN seeks plan to beat plastic nurdles, the tiny scourges of the oceans 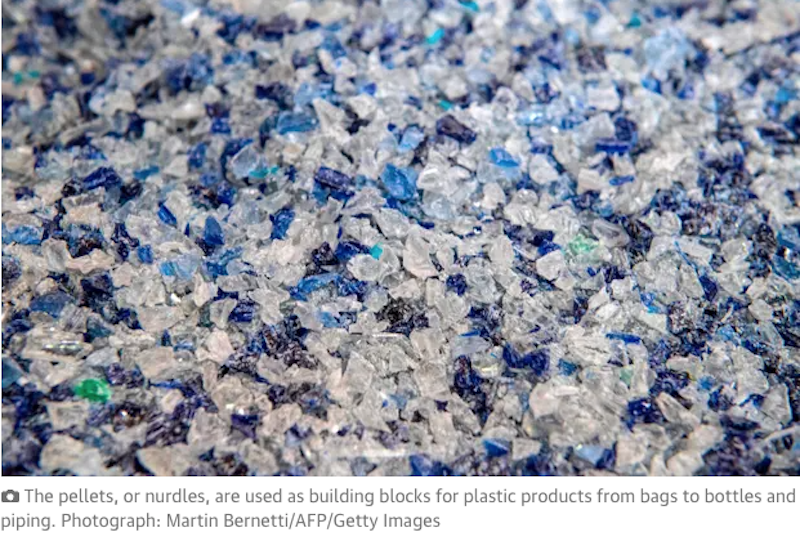 Maritime authorities are considering stricter controls on the ocean transport of billions of plastic pellets known as nurdles after a series of spillages around the world.

Campaigners warn that nurdles are one of the most common micro-plastic pollutants in the seas, washing up on beaches from New Zealand to Cornwall. The multicoloured pellets produced by petrochemical companies are used as building blocks for plastic products, from bags to bottles and piping.

Billions of nurdles washed up in Sri Lanka in May last year after the container ship X-Press Pearl caught fire and sank in the Indian Ocean. The United Nations said the spillage of about 1,680 tonnes of nurdles was the worst maritime disaster in Sri Lanka’s history, with one official saying the spillage was like a “cluster bomb”.

The International Maritime Organization, a UN agency, has asked pollution experts to examine the options for “reducing the environmental risk associated with the maritime transport of plastic pellets (nurdles)”. The IMO said a panel of experts would submit their findings for a meeting in April next year.

Sri Lanka has called for nurdles transported in container ships to be identified as a harmful substance and a hazard to the marine environment. It would mean tighter procedures to reduce the risk of a spill. In a submission by Sri Lanka to the IMO after the X-Press Pearl sinking, officials said: “The incident has resulted in deaths of marine species such as turtles, whales and dolphins. “There need to be immediate steps taken to regulate and better coordinate the handling, management, and transportation of plastic pellets through the entire supply chain. Voluntary plastic industry initiatives are not sufficient.”

Sri Lanka’s call has been backed by Norway. In February 2020, the cargo ship Trans Carrier spilt more than 13 tonnes of nurdles, which were dispersed along the coastlines of Denmark, Sweden and Norway.

The environmental charity Fidra, which is based in Scotland, organises the great nurdle hunt to monitor the pollution of the pellets around the world. It says nurdles are tiny, persistent and potentially toxic.

They have been found littered around the UK coastline, with 401,230 nurdles collected in just one clean-up at Tregantle beach near Plymouth. They have also been found on the Dorset coast, the Isles of Scilly, Anglesey and on the banks of the Thames in London.

Nearly 370m tonnes of plastic is produced each year, with China accounting for nearly a third. A research centre at the University of Texas has estimated it takes 1,005 nurdles to make a plastic bottle, 665 nurdles to make a toothbrush, and 174 to make a supermarket bag.

Campaigner say billions of nurdles pollute waterways and the seas each year because of accidental spills during production and transportation.

Insurance companies also want stricter rules for the shipping and storage of nurdles, because of the financial and environmental costs of spillages. Jörg Asmussen, chief executive of the German Insurance Association, said: “Nurdles that have gone overboard can cause large environmental damage in the long term and are threatening biodiversity of coastal areas.”