A reminder about mooring deck safety 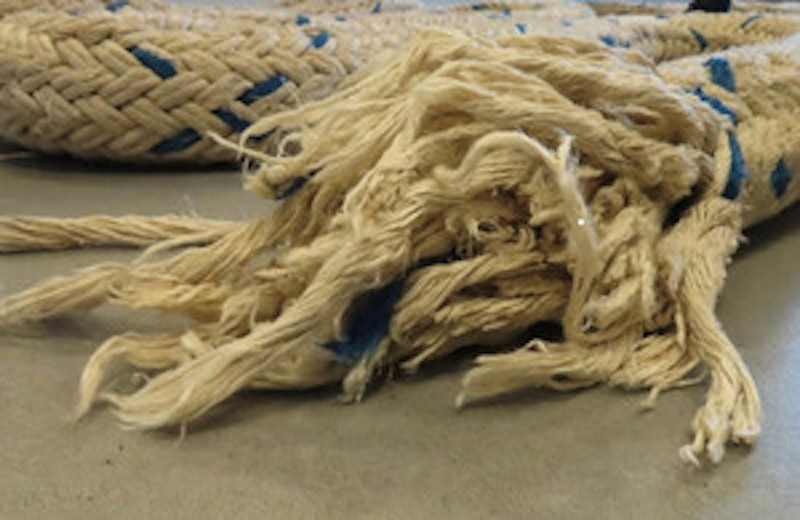 We are taking the opportunity during this Maritime Safety Week to raise awareness of essential components for safer mooring operations.
Over the years, MAIB has seen many incidents where seafarers have been struck by mooring lines, unfortunately in some cases resulting in serious injury or death. Our Annual Report recently highlighted that such incidents continue to occur despite well published guidance on the subject. Even though there have been many advances in technology and automation in the shipping industry, mooring decks remain a place where people need to work in proximity to heavy lines under tension and interaction is unavoidable. Therefore, it is important that the safety guidance is followed. Below, we have emphasised three key components for safer mooring operations.

Equipment
Making sure the right equipment is used and then maintained in good condition is essential to keeping safe on mooring decks. Mooring lines need to be regularly inspected to make sure that wear and tear has not degraded the line, there are no hard spots on synthetic lines and no signs of contamination by oils and greases. The lead of each mooring line needs to be considered carefully to avoid placing additional stress on the lines or introducing chafe points. Inappropriate or poorly maintained equipment has previously contributed to incidents where lines have parted or released under tension and struck crew members, therefore meticulously checking equipment for anything untoward is critical for the safety of the crew.

Planning and Briefing
Planning is important when conducting any mooring deck operations. The risk assessment and control measures should be reviewed for each new operation and planning should take account of the expected mooring configuration, paying particular attention to the potential risk of snapback. Areas where mooring deck operations take place need to be kept tidy and mooring lines should be closely monitored on all berths – this is vitally important when there is a large range of tide. Planning effectively also involves making sure that all seafarers are adequately briefed on the mooring configurations, that they know what to do, and that they are positioned on parts of the deck that are less dangerous. Enough crew should be on deck to conduct the job safely, but too many crew should be avoided as it can unnecessarily place others at risk.

Communication
Finally, crew communication is of the utmost importance when working on mooring decks, because it has the potential to be extremely hazardous if people are not able to interact clearly. Everybody involved in an operation needs to communicate effectively, but must also consider the number of circuits in use: too many voices on the same circuit can cause confusion and risk over-talking; however, using separate circuits can leave some crew in the dark. Ultimately, effective communication can be the difference between being safe and putting people at risk, therefore it is important that the mooring plan ensures that good communications can be maintained between all parties involved in the mooring operation.