Brawl Breaks Out on Carnival Magic – As Usual, No U.S. Federal or State Law Authorities Board Ship 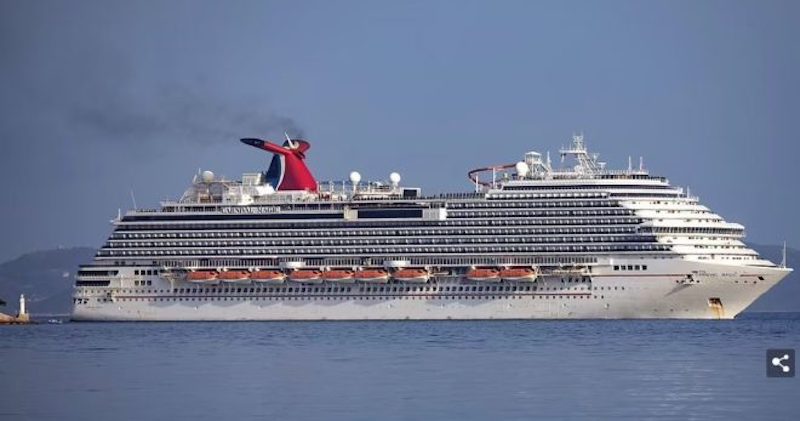 What happens when as many as sixty passengers are involved in a violent brawl on a Carnival cruise ship? Nothing, as it became clear from reports of an early morning brawl aboard the Carnival Magic which returned to port in Manhattan yesterday morning.

Local New York NBC Channel 4 reports that as many as 60 passengers were involved in an “all-out brawl” around 5:20 a.m. when the Carnival Magic was returning to port in New York following an eight day cruise to the Caribbean. The “fray over international waters,” as the local news characterized it, was initially reported by the Panamanian-flagged cruise ship operated by the Panamanian-incorporated cruise line to the U.S. Coast Guard. As Carnival knows, the USCG is not a law enforcement agency and has no authority to investigate crimes. much less investigate crimes on a Panamanian cruise ship in international waters.

The UK’s Daily Mail published a video of the out-of-control fight, with the caption: “video of the fracas shows a chaotic scene as dozens of passengers punch and shove each other, while an outnumbered ship security guard tries in vain to break up the fight.” 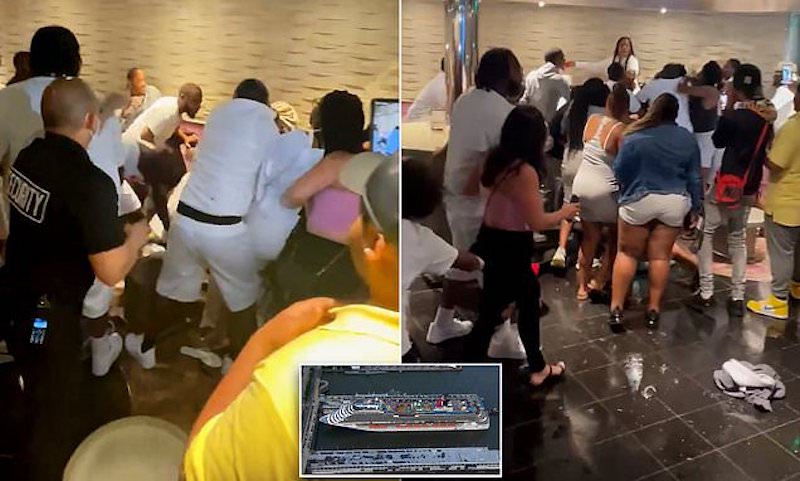 The Coast Guard notified the New York Police Department which also clearly does not have jurisdiction to investigate crimes on Panamanian-flagged ships which are outside of New York waters.

The local news explained that Carnival “officials notified the Coast Guard, which launched a small boat from Staten Island to escort the ship the rest of the way to its Pier 88 dock. Members of the NYPD, which the Coast Guard had notified, were standing by when it arrived.”

But neither the Coast Guard nor the NYPD boarded the cruise ship where the violence occurred due to the absence of authority and/or jurisdiction. Local NBC-4 commented: “There was no immediate word on possible arrests. Jurisdictional questions around where the ship was at the time of the altercation — was it in international waters? New Jersey waters? New York waters?

Patch explained the purpose of the NYPD not boarding the cruise ship but staying on the dock in New York: “‘We wanted to make sure that when the individuals got off the boat there was no further disputes on the streets in Manhattan,” the NYPD spokesperson said. ‘They were there to expedite the disembarkation process.'”
The bottom line, as NBC-4 reported, is that “neither the Coast Guard nor the NYPD boarded the vessel . . . passengers disembarked without further incident upon their NYC arrival Tuesday.”

The fact that a brawl occurred on a Carnival “fun” cruise ship is not particularly unusual given that anyone awake at five o’clock in the morning is probably drunk and up to no good.

Carnival’s minimal security presence on it ships seem to alternate between adding to the brawl and covering the violence up.

The same thing happens when a passengers is raped at sea on a Carnival cruise ship.  If the cruise ship returns to port in Manhattan for example, the local police (either from New York or New Jersey) have absolutely no jurisdiction to investigate the sex crime or arrest the criminal if the crime occurred on the high seas (i.e., international waters).  This leaves either the flag state where the ship is registered and flagged (Carnival Cruise Line flags its ships in Panama or the Bahamas) or the U.S. Department of Justice responsible for responding to shipboard crimes.  Never in my thirty-eight years of practicing maritime law have I ever heard of a police officer or an investigator from Panama or the Bahamas traveling to a cruise ship in response to an allegation of crime.

This leaves the FBI, which has special maritime jurisdiction to investigate crimes and the U.S. Department of Justice to prosecute criminal offenses on cruise ships, as the only authorities to arrest and  prosecute rapists at sea. The reality, unfortunately, is that the FBI declines to prosecute the vast majority of rapes which routinely occur on cruise ships.

In the year before COVID-19 crippled the cruise industry, there were over 100 sexual assaults on cruise ships, according to DOT cruise crime statistics which breaks down as follows:
• Carnival Cruise Line: 43 sexual assault victims (37 passengers).
• Royal Caribbean: 31 sexual victims (20 passengers).

I attended a hearing in 2007 before Congress regarding cruise ship crime where a senior FBI official testified that only 7% of sexual assaults on cruise ships are prosecuted in federal court. This measly prosecution rate is because of the historic reluctance of the FBI to become involved in sex crimes at sea, the tendency of the cruse industry to sweep the crimes under the rug, and the inadvertent or intentional destruction of evidence on cruise ships.

The bottom line is whether there is a violent brawl on a dance floor or a woman raped at sea, don’t expect an arrest or prosecution of the criminals on a Carnival cruise ship.