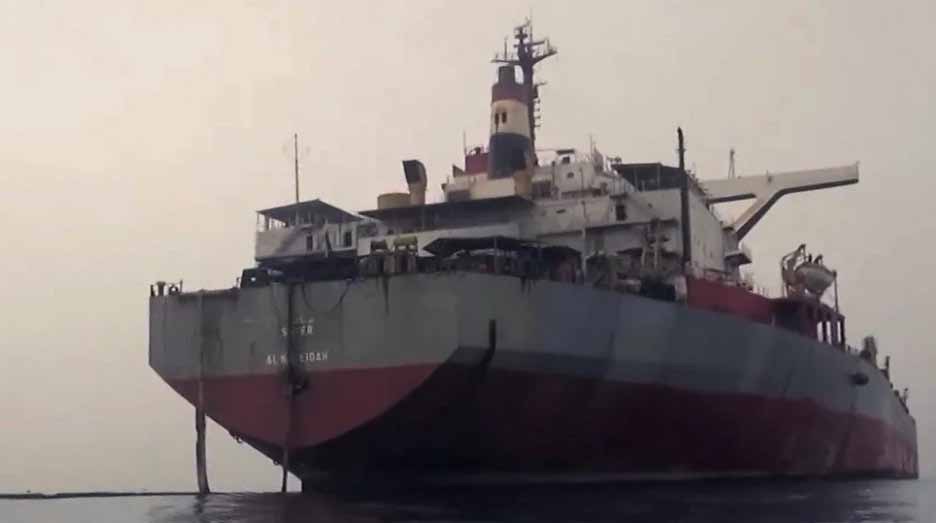 Saudi Arabia has pledged $10 million to help finance an operation to prevent a possible oil spillage in the Red Sea from the abandoned FSO Safer off the coast of Yemen.

The 45-year-old FSO SAFER, carrying 1.1 million barrels of oil, is moored six miles off the coast of the Houthi-held Yemeni city of Hudaydah.The King Salman Humanitarian Aid and Relief Centre announced in a statement yesterday that the kingdom will donate $10 million to the effort to prevent an oil spillage.

An explosion or leakage from the vessel may cause one of the most dangerous oil spill disasters in history, according to a study conducted by Greenpeace. Saudi's pledge will be added to the $33 million that donor countries pledged last month at a conference organised by the United Nations and the Netherlands to help deal with the tanker. However, the funds fall far short of the desired goal of $80 million to transfer 1.1 million barrels from the Safer to another oil tanker.

The entire operation will cost $144 million in total and will include making the rickety tanker completely safe, the UN estimates. The Saudi contribution comes four days after Greenpeace urged the Arab League to hold an emergency meeting in order to fund the United Nations plan to rescue the vessel.Environmentalists warn the funding required to carry out the operation is trivial compared to the $20 billion it would cost to clean up an oil spill in the Red Sea. The United Nations said earlier that the operation should be completed by the end of September to avoid the "turbulent winds" that intensify at that time of year. The tanker has not undergone any maintenance since 2015, which led to the erosion of its chassis leaving it in a poor condition.

The United Nations said the Safer contains four times the amount of oil that was spilled by the 1989 EXXON VALDEZ disaster, one of the world's worst ecological catastrophes.