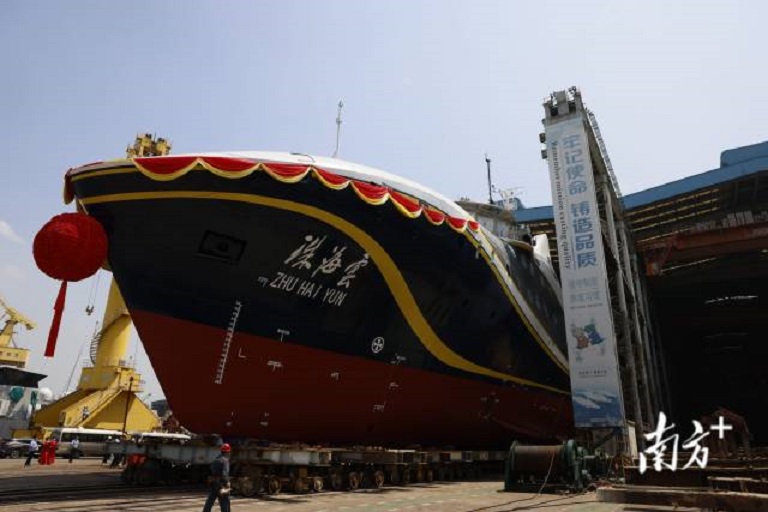 The world's first ship with an intelligent unmanned system was launched in Guangzhou, South China’s Guangdong Province on Wednesday.

The ship, which was developed by the Southern Marine Science and Engineering Guangdong Laboratory in Zhuhai, Guangdong, is the world's first scientific research ship capable of remote control and autonomous navigation in open waters. It will provide an unprecedented tool for China to carry out marine scientific research and promote the development of the marine economy, according to China Central Television.

The equipment on the ship is highly localized, and the core elements such as power system, propulsion system, and operation support system have all been independently developed by Chinese scientists.

With a spacious deck, the ship can carry a dozen different observation instruments. Construction of the ship began on July 20, 2021 and it is expected to be put into use by the end of this year.