Six Drug-Smuggling Passengers Arrested in Santos, Brazil Preparing to Board Costa Diadema with 30 Kilos of Cocaine 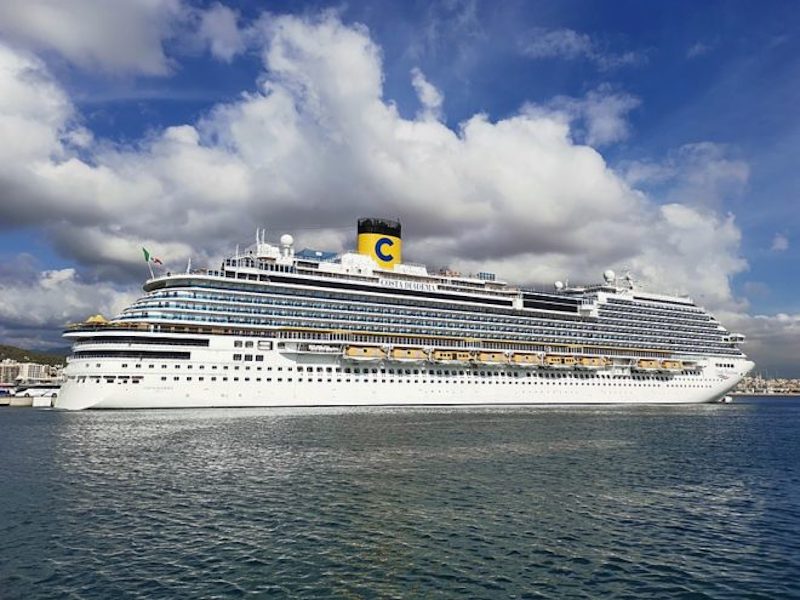 Brazilian law enforcement agencies arrested six people and confiscated 30 kilos of cocaine at the port of Santos, Brazil, according to the Brazilian news outlet G1 / Globo. The drug smugglers, five Brazilians and one Argentinian, were arrested at the cruise terminal in Santos,attempting to board the Costa Diadema which was about to begin a transatlantic cruise to Europe.

A video posted on the Brazilian news outlet G1 / Globo shows drug dogs alerting on luggage, which contained false bottoms, and one man who was arrested with 1.74 kilos of cocaine wrapped around his waist. 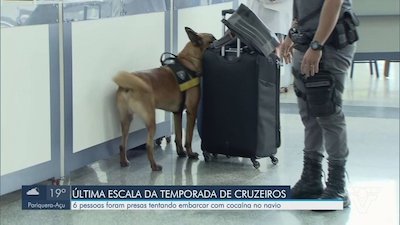 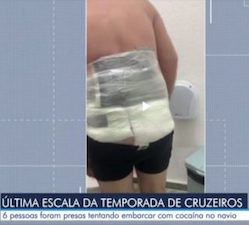 This is the second recent major drug bust involving a cruise ship from the port of Santos in Brazil. Earlier this month, police in Spain and France arrested a total of twelve passengers, in separate arrests, involved in smuggling a total of sixty-six kilos of cocaine. In those arrests, customs officials used sniffer dogs to check the smugglers’ suitcases, which had false bottoms and contained around three and a half kilos of the narcotics.

Smuggling drugs out of Brazil on cruise ships is big business. Three years ago, the federal police in that country arrested sixteen passengers aboard the Costa Favolosa cruise ship who were  carrying 300 kilos of cocaine in their luggage.

For a two year period from 2012 to 2014, as many as thirty-four people who posed as cruise ship passengers on Costa cruise ships participated in a smuggling network that transported hashish from Morocco to Brazil and cocaine from South America to Europe, according to the The Local newspaper in France.

The investigation, which began began as on offshoot of a 2013 murder inquiry, led police to place undercover French and Spanish officers on the Costa Fascinosa cruise ship in March 2014 as it traveled from Brazil towards Venice, Italy. As the vessel approached the Canary Islands, the officers arrested most of the smuggling team and seized 25 kilos of cocaine.

The article also mentioned that the ill-fated Costa Concordia was reportedly carrying a huge shipment of Mafia-owned cocaine when she sank in January 2012. You can read more about this issue in our article from seven years ago: Mafia Drugs Hidden Aboard Doomed Costa Concordia.

We previously reported that several people were arrested for smuggling over 16 kilos of cocaine while disembarking the Costa Pacifica in Malaga following a transatlantic cruise from South America several years ago.

As I have said before – as cruising appears to be increasing (notwithstanding the ongoing COVID-19 pandemic) it is likely that cruise ships will continue to be used by crew members and guests alike to smuggle drugs from South American countries to the U.S. and Europe.

Hat tip to the popular Crew Center which seems to be the only publication in the U.S. which have reported on this latest incident to date.