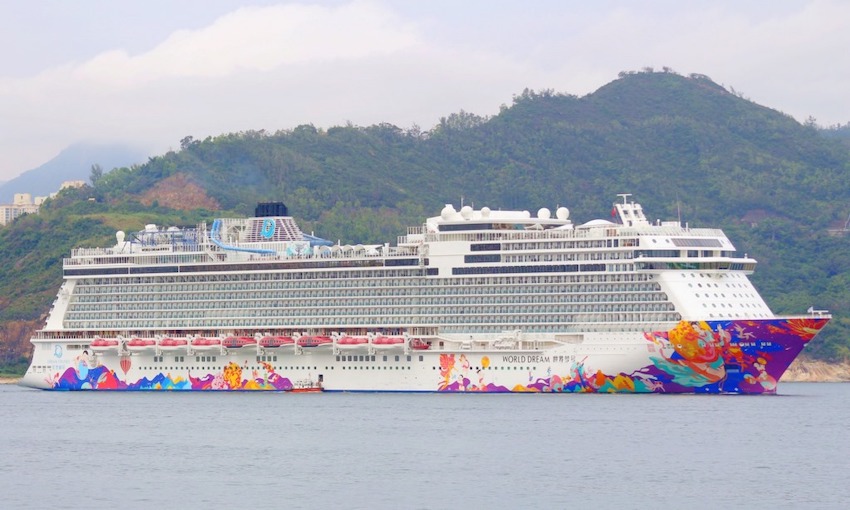 The fleet of insolvent Genting Hong Kong — those ships that sailed for Crystal Cruises, Dream Cruises and Star Cruises — will likely go to auction soon.Auctions are required as part of the legal liquidation process to clear any maritime liens (necessities like fuel, crew wages, supplies, etc.) with priority that rank before mortgages. Upon sale at auction, the ships would be purchased free and clear of any liens.

If there are no adequate bids, the mortgage holder could take a ship in exchange for their lien and try to sell it on their own for more money than the auction would have produced, a maritime attorney said.

Crystal Cruises
A number of parties reportedly have expressed interest in the Crystal Cruises ships and some in the company as a whole.One of those parties, Manfredi Lefebvre d'Ovidio's Heritage Group, confirmed to Seatrade Cruise News that 'Heritage maintains a strong interest and we hope to be successful in acquiring [the] Crystal ocean fleet and brand.'Before the liquidation, Genting HK is understood to have appointed Crédit Agricole — a longtime financial partner — to sell Crystal Cruises, and this process has continued under the subsequent appointment of the joint provisional liquidators. Crédit Agricole did not respond to multiple requests for comment.

Crystal Endeavor a hot ticket?
There's reportedly substantial interest in the 200-berth CRYSTAL ENDAVOR (2021), which has been called the most expensive expedition ship ever built at $1.9m per berth. The price was once announced as €350m, or about $385m at today's exchange rate. But even if there's strong interest, Endeavor will 'probably sell for less than the cost price, possibly as little as half,' in the opinion of some sources. It's possible Crystal Endeavor could go for a higher price in a no-cash deal if the mortgage holder provides financing Yet in the end it boils down to price and sources said there are probably not that many companies that can justify a price above $1m per berth for an expedition ship. For comparison, the 264-berth SEABOURN VENTURE cost in the $225m range. And expedition operators already have had a parade of newbuild deliveries during the pandemic.

The balance of the fleet consists of CRYSTAL SYMPHONY(1995) and CRYSTAL SERENITY (2003), and five river vessels: four quite new sisters and the updated double-wide CRYSTAL MOZART.

Update: CRYSTAL ENDAVOR arrived to Gibraltar on Wednesday. SYMPHONY and SERENITY remain off Freeport, Bahamas. CRYSTAL MOZART is in Linz, Austria, and the four sister vessels are in Arnhem, Netherlands. Genting HK had particularly advocated for the reorganization and continuation of its Dream Cruises brand, consisting of WORLD DREAM (2017), GENTING DREAM (2016) and EXPLORER DREAM (1999). EXPLORER DREAM, the oldest of the Dream ships, will likely be sold at auction for further trading, sources said.

They noted things are different for GENTING DREAM, which operated under a leaseback deal after being sold to a consortium of Chinese banks in early 2020. Since the consortium holds title to the ship, GENTING DREAM won't have to go through the auction process; the banks can try to find another leasee or a buyer.

In the end it remains to be seen what WORLD DREAM, the youngest ship in the fleet, will be sold for — close to the original building cost or at a bargain? GENTING DREAM is in Hong Kong, WORLD DREAM is in Singapore and EXPLORER DREAM at Port Klang.