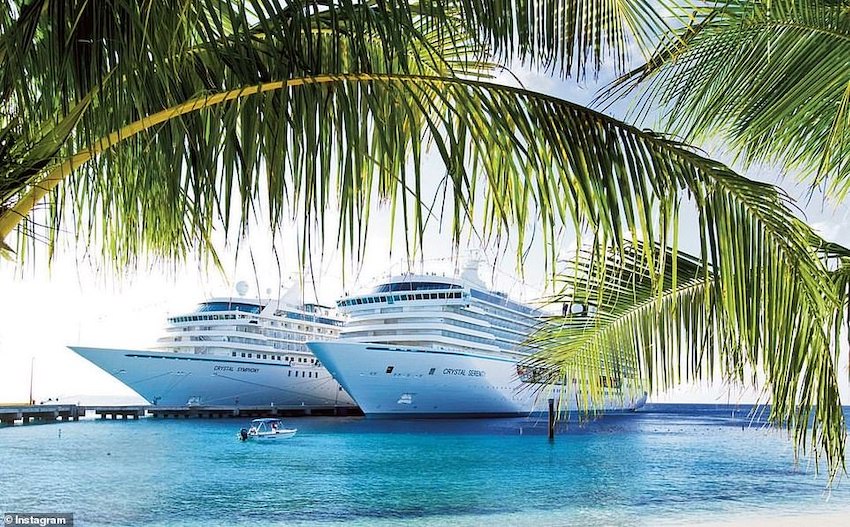 The Crystal Symphony and the Crystal Serenity have been arrested late Friday night, February 4th, according to crew members on both ships.

Both Crystal cruise ships are in waters near the port in Freeport, Bahamas.

Earlier yesterday, we were notified that crew wages were current as of January. However, other Crystal crew members insist that they are still waiting for wage payments for last month and they have recently received nothing in their Brightwell payment accounts.

We also received this message yesterday afternoon:
“Symphony is out of food so they will have to be taking on provisions. Serenity is out of fuel. . . .   Management says if you wanna go home early and if you didn’t complete your 3 months contract need to resign and buy your own flight ticket to go home.”

The arrest of these two Crystal Cruises ships is related to the non-payment of $4,600,000 in fuel. Both the Crystal Symphony and Crystal Serenity have stayed out of U.S. ports after a federal district court judge in Miami (Judge Gayles) entered an order last week against the cruise line and its ships. It is unclear how these two Crystal ships were sized in the Bahamas, which is not subject to the jurisdiction of the U.S. Marshall’s Office.

The Crystal Serenity was at sea on Thursday, sailing without passengers off of the coast of Florida in international waters after leaving Bimini in the Bahamas. The ship had previously been denied port in Aruba and disembarked its passengers in Bimini rather than risk being arrested in port in Miami.  There was reportedly considerable bedlam in disembarking its guests in Bimini, according to people on its last cruise.

Crystal Endeavor is also under arrest in Ushuaia, Argentina. We were scheduled to leave yesterday. Now waiting Monday as court not working on weekend.