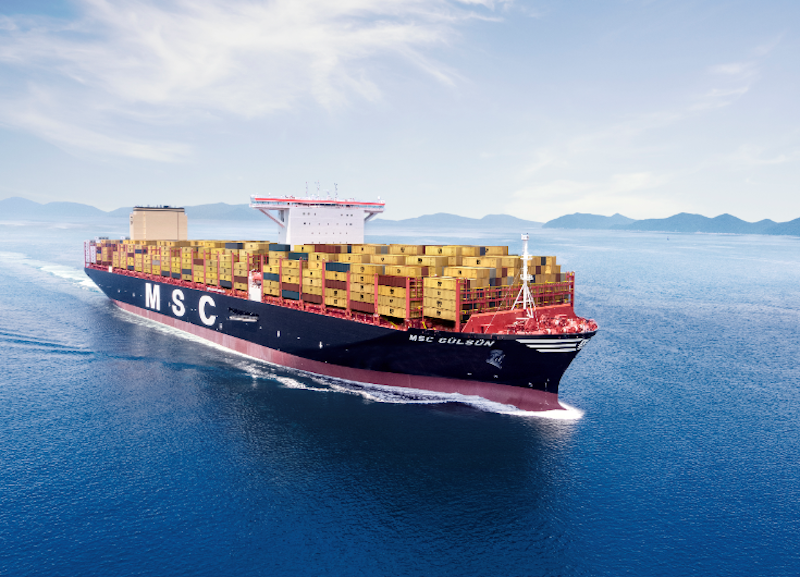 The milestone comes some 52 years after the Geneva-based shipping and logistics company was founded in 1970. Now, Mediterranean Shipping Company calls at 500 ports on 230+ trade routes, carrying some 23 million TEU annually, via a fleet equipped with the latest green technologies.

As of today, the carrier deploys a fleet of 645 containerships with a total capacity of 4,284,728 TEU. This includes vessels under the company’s ownership and vessels that MSC charters-in or leases from third-party owners. The company therewith holds a global market share of 17 per cent, according to Alphaliner.

Unlike its counterparts, which got into the top ten with the help of mergers and acquisitions, MSC’s rise to the top was entirely organic, the consultancy noted.
Over the past few years, MSC has been on a growth trajectory, especially with the introduction of ultra large container vessel (ULCV) newbuilds such as a batch of six 23,000+ TEU MSC Gülsün class units.

What is more, since 2020, the container shipping company has also acquired 128 secondhand vessels, Alphaliner informed.

In the first half of this year, MSC is expected to become a permanent number one when a number of large newbuilds are planned to join the company’s fleet, the maritime consultancy concluded.