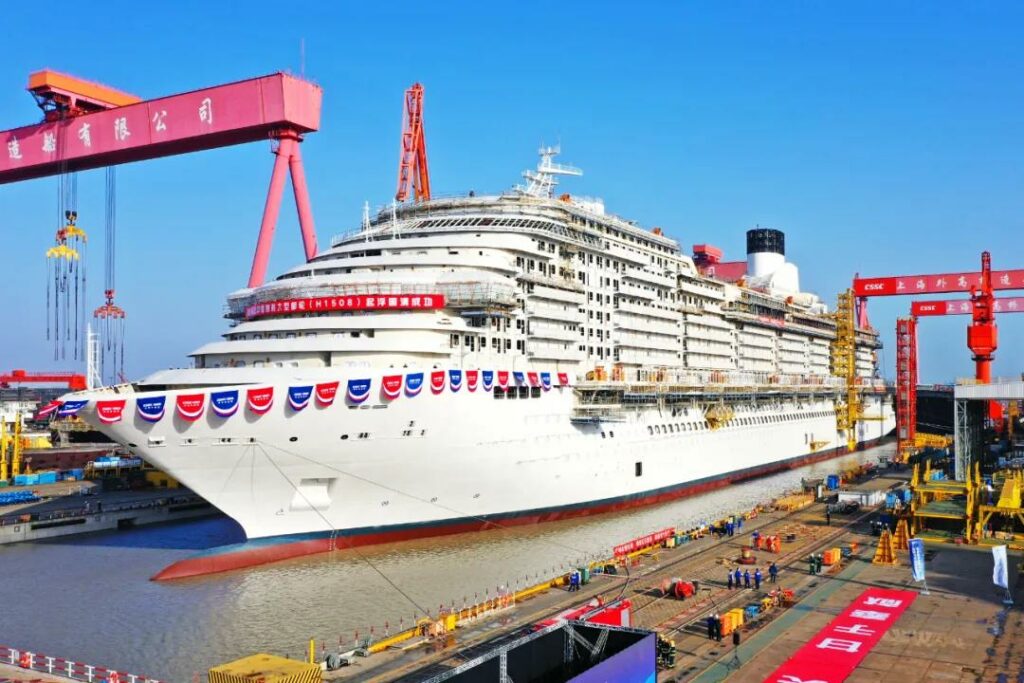 The floating ceremony for the H1508 unit took place in Shanghai on 17 December 2021.

After the overall construction progress on the vessel reached 55 percent, the newbuild now moved to the quay outside to continue the outfitting work.

The 323-meter-long cruise ship, which is planned for delivery in September 2023, will accommodate about 4,250 passengers, in addition to 1,400 crew members. It will be the first cruise ship built in China for the Chinese market.

The yet-unnamed vessel is the first of two new units ordered by CSSC Carnival Cruise Shipping Limited, a joint venture between CSSC and cruise company Carnival Corporation. The duo formally launched the JV in November 2018.

Also in November 2018, CSSC, the largest shipbuilder in China, and Italian shipbuilder Fincantieri S.p.A. established a separate joint venture to grant a technology license of the ship model platform and to provide technical and project service support to SWS throughout the shipbuilding process.