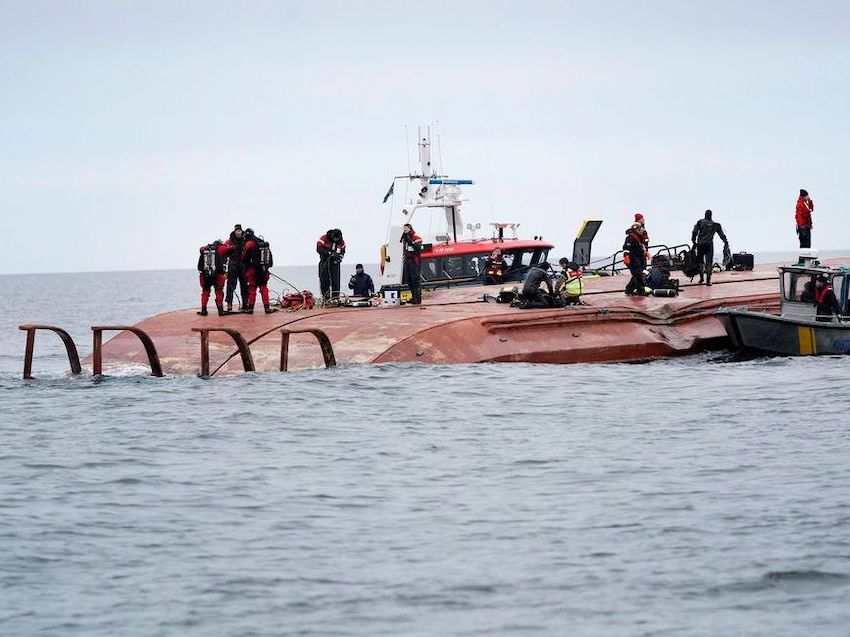 Two people have been detained after a UK cargo ship collided with a Danish boat in the Baltic Sea off the Swedish coast, killing at least one person.

Prosecutors are investigating allegations of gross negligence and gross drunkenness at sea involving the UK-flagged Scot Carrier. Two crew members on the Scot Carrier were found to be over the limit.

Rescue teams searched for hours by sea and air after the much smaller Danish boat, Karin Hoej, capsized. One of Karin Hoej's crew remains missing.

Officials said a British and a Croatian citizen had been arrested.

A distress call was made at about 03:30 local time (02:30 GMT) on Monday and a spokesman for the Swedish Maritime Administration (SMA) said screams had been heard from the water.

The collision happened between the southern Swedish coastal town of Ystad and the Danish island of Bornholm. Johan Nilsson, in charge of the rescue operation, told Swedish media the hull of the Danish boat had signs of being completely run over.

Scotline, the Scot Carrier's owner, said that all crew members on the boat were tested for drugs and alcohol "with two crew members exceeding the legal limit".

Two helicopters and several boats from Sweden and Denmark helped with the search, but rescue efforts at sea were stopped hours later.

The Inverness-registered Scot Carrier also initially assisted, with teams attempting to turn the Danish ship back upright. It was later towed back to shore. All those on board the Scot Carrier were said to be safe and well. 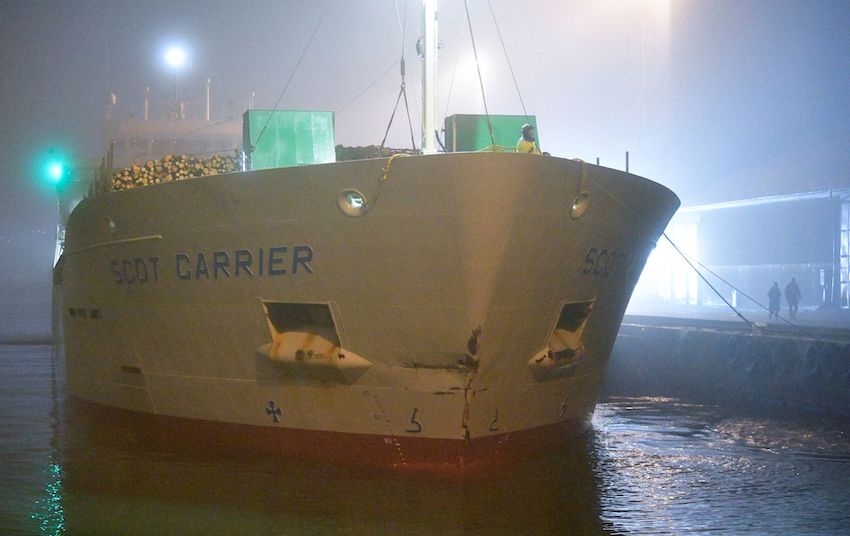 The cause of the collision is not yet clear. According to reports, the boats were travelling in foggy conditions with poor visibility.

The Karin Hoej was heading to Nykobing Falster in southern Denmark after leaving Sodertalje, near Stockholm, in Sweden on Saturday. It was not carrying any cargo at the time of the incident.

The Scot Carrier was en route to the east coast of Scotland. It is not clear what cargo it was transporting or how many people were on board.