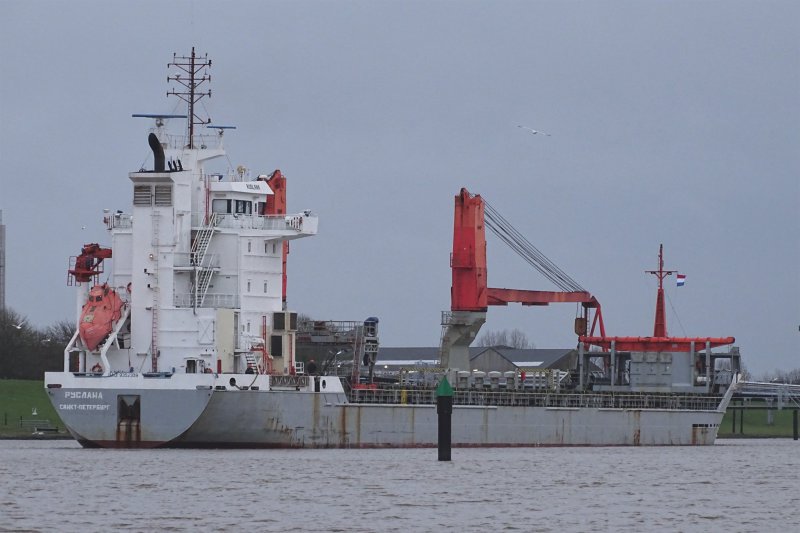 Russian cargo ship detained after captain and officers are found to be intoxicated.

Poland’s Maritime Office is confirming that it issued a detention order for the  Russian general cargo ship RUSLANA  after an incident early Saturday morning near the Polish port of Gdansk. The captain and officers of the vessel were found to be severely intoxicated, which the authorities believe caused the navigation hazard and dangerous operating conditions of the vessel.

The 7,750 dwt general cargo ship RUSLANA registered in Russia was spotted by harbor authorities around 4:00 a.m. local time on Saturday, December 4 sailing directly toward the shoreline at a speed of 11 knots. The vessel veered out of the sea lane at which time the harbormaster and Maritime Office tried to call the vessel over the radio. Repeated calls went unanswered, so the Maritime Office dispatched a fast patrol boat to investigate the cargo ship.

The boat also attempted to contact the vessel and used its lights and sirens. When the Ruslana was approximately two-thirds of a mile from the
shoreline, the vessel made a sudden 180-degree turn before it ran up onto the beach. The vessel proceeded to the anchorage at Gdansk.

The Polish Border Guard boarded the vessel to conduct an inspection and decided to do a sobriety test on the captain and two crew members reporting they observed “unnatural behavior.” Blood tests showed that the captain had a reading of 1.0 ppm, equivalent to consuming half a liter of vodka, and considered to be severely intoxicated. The other two officers were in worse condition with blood alcohol levels reported at 1.5 ppm.

The vessel was officially detained and the owners in St. Petersburg have been notified that they must rectify the situation. Polish authorities said they will conduct a subsequent inspection and only when they are satisfied the situation has been corrected and will not happen again will they release the vessel.