Hapag-Lloyd dishes out enormous US$130,000 a day for panamax charter 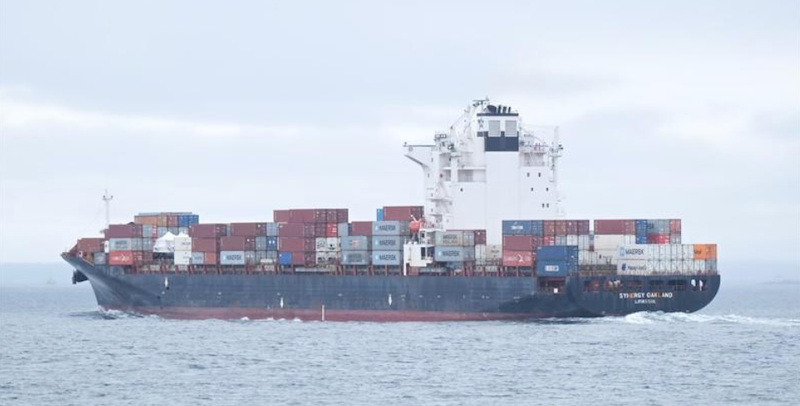 OCEAN carriers face 'Hobson's choice' on the containership charter market: agreeing to owners' hugely inflated daily hire rates or risking losing the vessel to a competitor, reports London's Loadstar. Hapag-Lloyd has just agreed a three-month charter commencing in January of the 4,253 TEU Synergy Oakland for an eye-watering US$130,000 a day from Greek non-operating owner Euroseas.

The carrier's in-house charter desk will no doubt have baulked at a charter rate some $50,000 a day above the current bull market but was clearly unable to fix an alternative to cover a vital commitment. It will now pay the owner some $11.5 million for the duration of the time charter.

Putting the Hapag-Lloyd fixture into context of today's market, Euroseas paid just $10 million for the Synergy Oakland in November 2019, as part of an en-bloc purchase and, four years ago, owners of similar panamax ships would have been happy to achieve $8,000 a day for a three-month charter.

Following the expiry of the Hapag-Lloyd fixture, the 2009-built ship will be handed over to Zim, the Israeli carrier snapping-up the in-demand vessel for a daily hire of $42,000 on a four-year time charter.

Euroseas chairman and CEO Aristides Pittas said the fixtures were "indicative of the strength and recovery of the market". He added: "We expect to be able to continue benefiting from the present market, as there are another four of our vessels which open for re-chartering within the next four months and another two later in 2022.

"It is an ominous sign from Euroseas for current charterers, and is being echoed by NOO peers, and carriers face losing some of their fleet to the highest bidders, obliging them to discontinue services and postpone their growth aspirations.Faced with the threat of conceding market share, Alphaliner said, carriers may have "no other choice but to buy, rather than charter, vessels to cover their requirements".

This is a strategy led by MSC which, since August last year, has purchased a phenomenal 124 second-hand containerships - an unprecedented buying spree. Moreover, Alphaliner said, there had been reports of the Geneva-based carrier signing a letter of intent with South Korean yard HHI for construction of a further six 15,000 TEU LNG-powered vessels.

Meanwhile, NOO Navios, encouraged by the demand from its ocean carrier customers and the willingness of the lines to agree long- term fixed-rate charters, has ordered two 5,300 TEU ships from Chinese yard Zhoushan Changhong International (ZCIS) for delivery in 2024. Navios has an existing order with ZCIS for six 5,300 TEU ships for delivery in 2023, which will go straight to long-term charters with Zim.