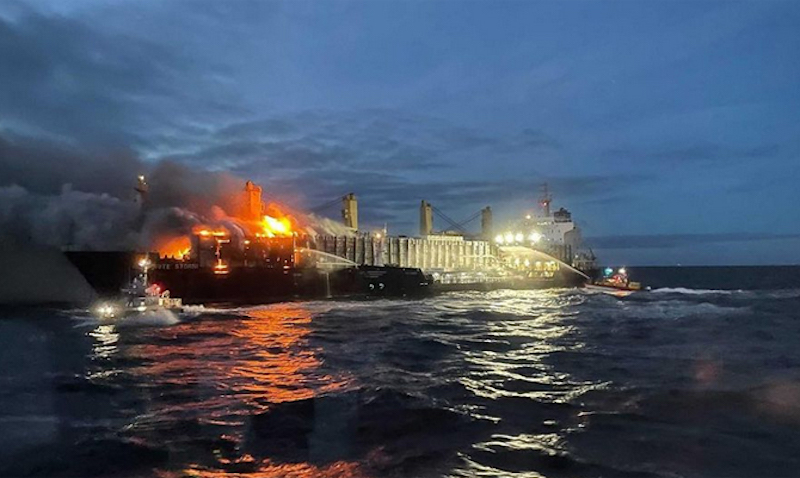 Bulk carrier Almirante Storni (IMO 9497452) was hit a major fire that was understood to have hit the ship’s cargo of timber.

The fire started during the afternoon local time on December 4th at Gothenburg anchorage, Sweden. It had arrived a couple of hours earlier from Vallvik, Sweden.

There were 17 crew reportedly still on board, assisting firefighters. The fire was in the fore cargo hold or holds.

Firefighters and the 17 crew fought the fire for the rest of December 4th and through the night. While the extent of the fire was reported as restricted, it was not described as under control. Strong winds were feeding the flames. Tugs were being deployed to keep the vessel in a position most suitable for fighting the fire.