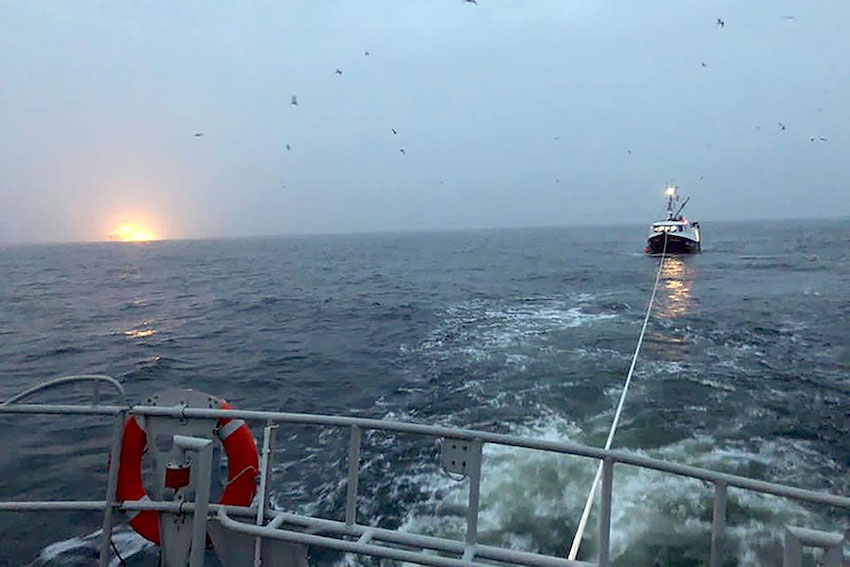 Summary
On 8 November 2020, the UK registered fishing vessel Achieve (HL257) collided with the Panama registered general cargo ship Talis in fog. The fishing vessel was severely damaged and sank while being towed to port. Neither vessel was keeping an effective lookout in the restricted visibility and Achieve’s wheelhouse was unmanned at the time of the collision.

Recommendations
The owner/skipper, who has since bought a half share in a new boat and fishes part time with its co-owner, has been recommended (2021/132) to put procedures in place to require a proper lookout is kept at all times. A recommendation (2021/133) has been made to Talis’s owner to remind its masters and officers of their obligations under the Convention on the International Regulations for Preventing Collisions at Sea 1972, as amended