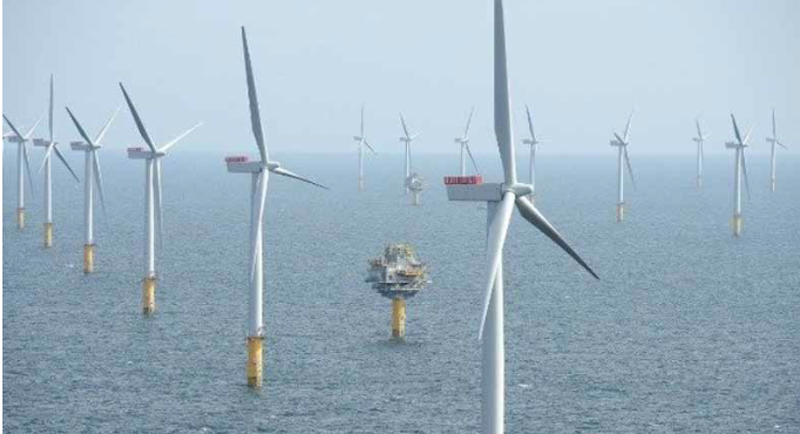 Dogger Bank Wind Farm's joint venture (JV) partners have secured offtake agreements for the third phase of the UK North Sea project, which is on track to be the world's biggest offshore wind installation. SSE Renewables and Equinor announced that they have signed 15-year offtake power purchase agreements (PPAs) with four companies for the third phase of the project, which will be located about 70 nautical miles out to sea off the north- east coast of England.

“With this, we will really start to see the magnitude of this world-leading offshore wind farm, and the benefits that a project of this size can bring both to the UK and wider offshore wind industry,” said Halfdan Brustad, vice president for Dogger Bank at Equinor.

Dogger Bank will be the first project to use GE Renewable Energy’s Haliade-X 14 MW, the first offshore wind turbine in the world to operate at 14 MW.

In order to overcome its distance from shore, it will be built with the first high voltage DC export cable in the UK wind sector. The project secured 3.6 GW of offshore wind contracts in the UK government’s 2019 Contracts for Difference (CfD) auctions, which provide overall price certainty to each phase for a period of 15 years. The offtake PPAs for Dogger Bank C cover a matching 15-year term from the start of the CfDs. The project’s onshore construction began in 2020 and is currently underway for phases A and B, with offshore construction for Dogger Bank A due to begin in the second quarter of next year.

First power is expected in summer 2023 and summer 2024 for Dogger Bank A and B, respectively, with commercial operations to follow around six months later. Turbine installation for Dogger Bank C will begin in 2025.

SSE Renewables is leading on the development and construction of the wind farm, and Equinor will operate the wind farm upon completion over its expected operational life of around 35 years.