Lessons learned from the Ever Given incident 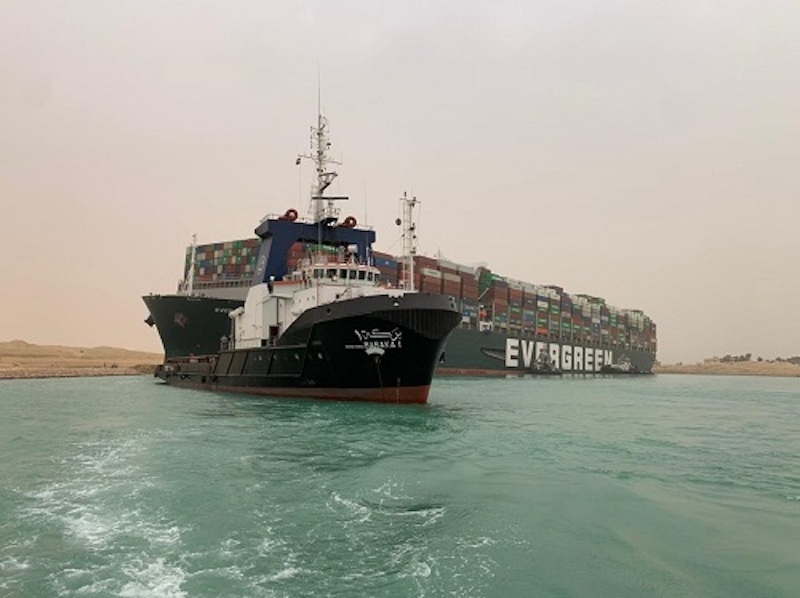 The March 2021 grounding of the 20,150 TEU containership Ever Given and the consequent blockage of the Suez Canal had far-reaching implications for the shipping industry.

The 400-meter-long and 59-meter-wide Ever Given, too big to allow other ships to squeeze through, was stuck in a narrow point of the waterway which resulted in the build-up of vessels on both sides.

The boxship incident delayed ships heading for Europe and added to a logistical disruption and port congestion.

Some ship voyages had to be rerouted around the Cape, adding up to 7,000 miles to the distance and increasing freight and charter rates.

Large ships - a critcal issue for key nodes of the maritime transport network
The ever-increasing size of vessels is believed to be a critical issue for key nodes of the global maritime transport network such as the Suez and Panama canals, which have constrained capacities and where any disruption sends shockwaves through global supply chains, UNCTAD said in its Review of Maritime Transport 2021 report.

The incident resulted in the blockage of one of the most important trade arteries of the world, which accounts for 12% of the global trade. Estimates from Bloomberg indicate that the gridlock has halted $9.6 billion worth of traffic a day.

The Ever Given delayed the passage of hundreds of vessels through the waterway, with the container shipping sector believed to have been impacted the most.

The fact is that larger ships are more difficult to steer, and harder and more costly to rescue in cases of collisions and groundings. On top of safety and salvage issues, the higher risks entail higher insurance costs.

However, since the early 2000s, more of the world’s cargo has been carried in mega-containerships – those with a container capacity greater than 10,000 TEU. Between 2011 and 2021 their proportion of carrying capacity rose from 6 to almost 40 per cent, UNCTAD said.

In the last 10 years, there have been 97 new ships of between 15,000 and 19,990 TEU, and since 2018 74 ships of 20,000 TEU and above. These larger ships, facilitated by technological advances, have been part of broader corporate strategies to pursue economies of scale. However, this has resulted in excess supply – ‘over-tonnaging’ – in the world’s major liner routes, with greater pressure on infrastructure and on logistics at ports, according to UNCTAD.

Large ships and the enviroment
On the decarbonization side, larger ships also give the shipping industry a hard time. Namely, at this point in time, there is no technology in sight to make large ocean-going ships carbon-neutral in the coming three to five years, CEO of German liner company Hapag-Lloyd, Rolf Habben Jansen, said earlier.

On the other hand, with smaller ships, the technology to build low-carbon or carbon-neutral vessels is expected to be available in the near-term future so that such vessels can be put in operation before or during 2030.

Furthermore, the issue with large ships is that there is a lack of sufficient recycling capability among shipyards, whose procedures are in line with the Hong Kong International Convention for the safe and environmentally sound recycling of ships and the EU Ship Recycling Regulation.

The conventions are aimed at ensuring that ships, when being recycled after reaching the end of their operational lives, do not pose any unnecessary risks to human health, safety and to the environment.

However, green and safe ship recycling of giant ships such as Ever Given remains questionable due to the lack of such facilities.

Luckily, the Ever Given avoided the dismantling process as it suffered the majority of damage on its bow module and the area around its bow thrusters, as well as around the rudder and propellor – and all of this was successfully repaired.