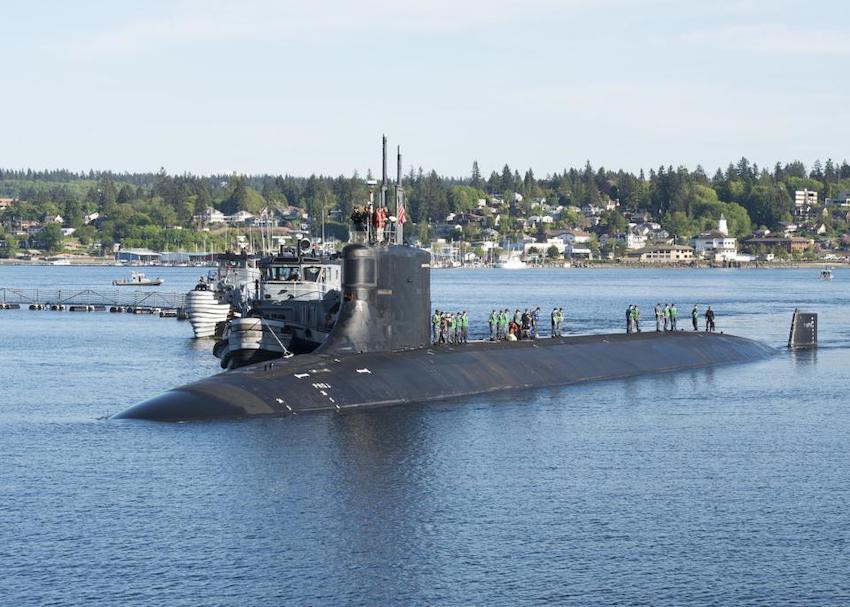 The commander, executive officer and senior enlisted sailor for attack submarine USS Connecticut (SSN-22) have been fired following the results of an investigation into the Oct. 2 underwater collision in the South China Sea, the Navy announced on Thursday.

The reliefs follow the completion of the investigation into the Oct. 2 collision in which the nuclear attack submarine collided with an uncharted underwater seamount in the South China Sea.

On Thursday, the Navy announced Connecticut would return to Bremerton, Wash., for repairs.

The Navy has not released damage information for Connecticut but sources have confirmed to USNI News that the forward section of the submarine was struck, damaging the ballast tanks. The damage to the tanks forced the submarine to transit for a week on the surface to Guam.

Earlier this week, the Chinese foreign ministry renewed calls for the U.S. to disclose additional details about the incident.

The U.S. “has yet to give clear answers to questions like the intention of the operation, the exact location of the incident, whether it lies in the exclusive economic zone or territorial sea of any country, and whether the collision led to a nuclear leak or polluted the marine environment, all causing great concern and doubt,” Chinese foreign ministry spokesman Wang Wenbin said on Tuesday. “We once again urge the U.S. to give a detailed description of the incident and fully address regional countries’ concern and doubt.”