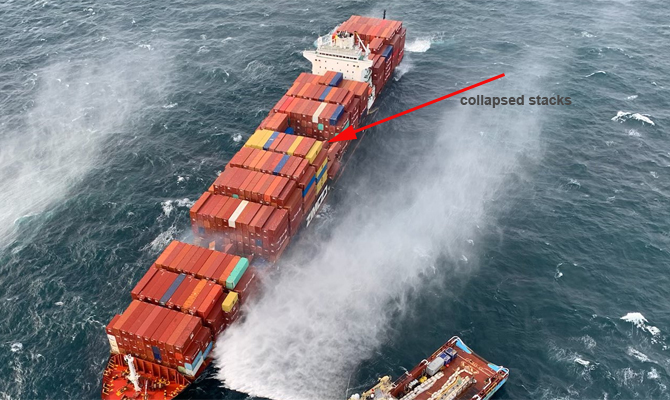 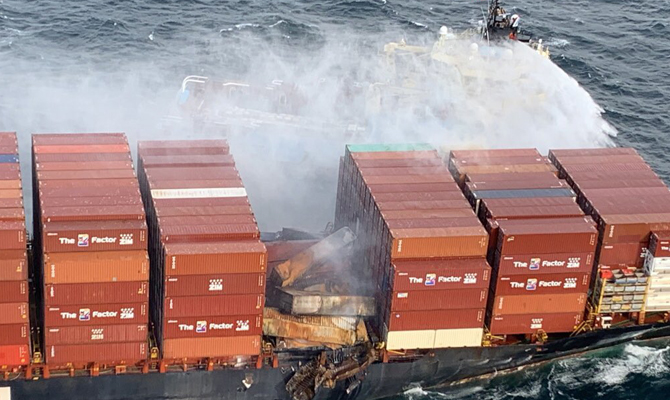 None of these containers was loaded with dangerous cargo, said the CCG.

However, Cape Scott is on the northern tip of Vancouver Island, some 300km or more from Victoria at the southern tip where the Zim Kingston is at anchor.

According to local reports, some of the lost containers were loaded with Christmas goods, furniture, metal car parts, clothing, toys and yoga mats and many are thought to have ended up on the ocean floor.

The CCG said today: “On the ship, firefighting efforts continued today, and a water sampling operation is under way to detect any contaminants in the water column as a result of the fires.” It promised a further update tomorrow.