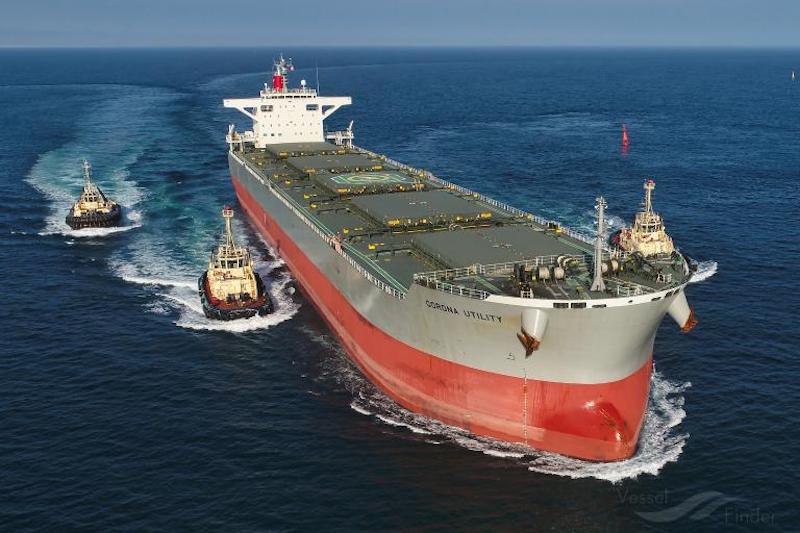 Kawasaki Kisen Kaisha, Ltd. (K LINE) has successfully separated and captured carbon dioxide (CO2) from the exhaust gas emitted from the vessel, coal carrier CORONA UTILITY (operated by “K” LINE for Tohoku Electric Power Co., Inc.), which has been installed the “CC-OCEAN” project for the verification of CO2 capture plant onboard as part of the "Research and Development for advancing marine resources technologies”, in cooperation with Mitsubishi shipbuilding Co., Ltd. (Mitsubishi Shipbuilding) and Nippon Kaiji Kyokai (Class NK).

As a result of the demonstration, the captured CO2 had a purity of more than 99.9%, which is in line with the planned performance

In early August 2021, after installation of a small-scale CO2 capture plant, experts from Mitsubishi Shipbuilding were onboard the vessel to operate, maintain the plant, and instruct the ship’s crew how to operate, as well as measured, analyzed the captured CO2 and evaluated the system performance. From mid-September, the ship’s crew has been conducting the operation, measurement and maintaining the plant, and will continue to evaluate the safety and operability of the CO2 capture plant in order to sort out the issues to be considered and conduct research and development for future commercialization.

"Based on the "K" LINE Environmental Vision 2050, we will continue to research, develop, and introduce various environmental load reduction technologies, including the “CC-OCEAN” project, and contribute to activities aimed at achieving GHG reduction targets." - K Line

NOTE: - The purity of the CO2 captured by the CO2 capture plant. When a terrestrial plant captures CO2 with a purity of more than 99.9%, the captured CO2 can be used in a wide range of applications, including chemical processes to enhance production of fertilizer or methanol, general use such as dry ice for cooling, and enhanced oil recovery (EOR) to increase crude oil production.