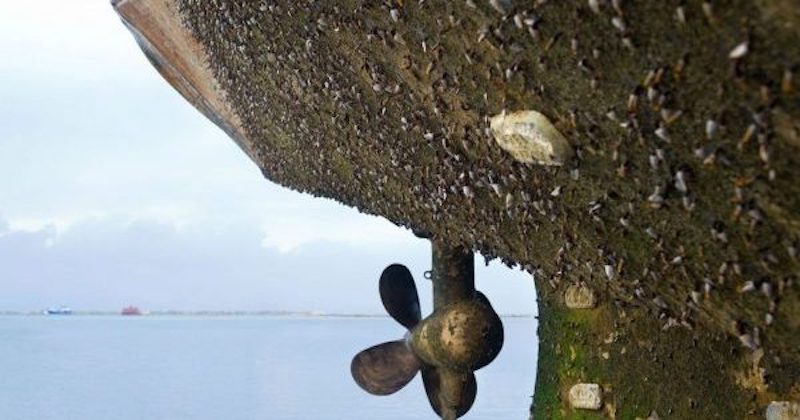 The white paper, based on research from I-Tech and Marine Benchmark, draws upon the former’s experience in developing the antifouling agent Selektope – a component of an increasing number of antifouling products, and takes a deep dive into why idle ships are at risk of biofouling, and the impact of barnacle fouling on vessel performance.

Based on in-depth analysis of the global fleet patterns, the paper reveals the substantial increase in the numbers of idling vessels over the past decade.

Given the growth of the fleet, this means that the absolute number of vessels idling in the global fleet has doubled between 2009-2020.

Significantly, it also finds that vessels are increasingly idling in so-called biofouling ‘hotspots’, with water temperatures above 25°C. Vessels spending the majority of their time sailing in these regions are at acute risk of excessive hard fouling accumulation.

This level of fouling was exacerbated by idling patterns seen in 2020, which provided ideal conditions for fouling to grow. For instance, at the peak of idling last year, almost half of all container vessels at fouling idling had long idling periods of more than 30 days, exposing the vessels’ hulls to an extreme risk of hard fouling. To make matters worse, these fouling windows could intensify as ports become more congested.

Furthermore, with global ocean temperatures rising, biofouling hotspots could become more widespread, meaning that more ships could find themselves in one of the regions and facing a new, higher risk of barnacle fouling colonization.

An earlier study by I-Tech and the Safinah Group shows over 40% of vessels surveyed in 2019 had a barnacle fouling coverage on the hull of over 10%.