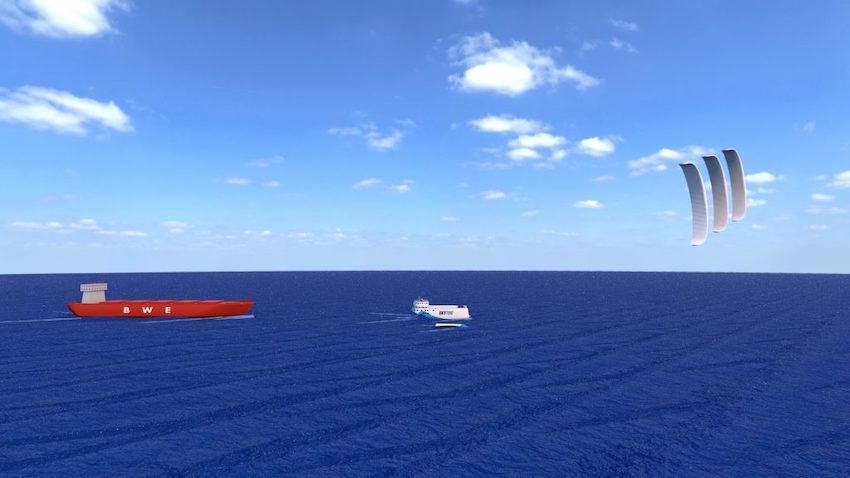 Bluewater Engineering has contracted ICE for concept development of the SKYTUG (www.skytug.co.uk), an innovative class of vessels designed for ocean towing of slow-moving cargo ships. Incorporating Bluewater’s patent-pending technology to deploy and control large kite arrays, SKYTUGs will effectively convert high-altitude wind power into a sea-level towing force. By using that force instead of the towed ships’ own propulsion machinery during most of a transoceanic crossing, SKYTUGs will enable cargo ships to trade at normal speed with near-zero emission, without additional crew training or investments.

The SKYTUG Project is supported as part of the UK’s Clean Maritime Demonstration Competition, funded by the Department for Transport and delivered in partnership with Innovate UK. The Project will initially focus on developing and assessing the feasibility of the key elements of the SKYTUG concept, with a view to approving the design and building of an integrated demonstrator in 2022/23.

Announced in March 2020, and part of the Prime Minister’s Ten Point Plan to position the UK at the forefront of green shipbuilding and maritime technology, the Clean Maritime Demonstration Competition is a £20m investment from government alongside a further c.£10mfrom industry to reduce emissions from the maritime sector. The programme is supporting 55 projects across the UK, including projects in Scotland, Northern Ireland and from the South West to the North East of England.

As set out in the Clean Maritime Plan (2019), Government funding has been used to support early stage research relating to clean maritime. The programme will be used to support the research, design and development of zero emission technology and infrastructure solutions for maritime and to accelerate decarbonisation in the sector.