Humans are still in charge.. 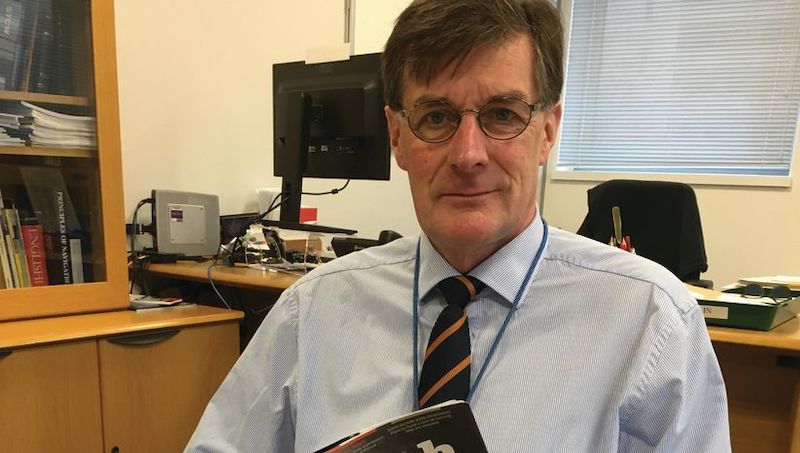 Chief Inspector Andrew Moll considers the importance of training and equipping seafarers to meet a rapidly accelerating pace of change.

My grandfather was born before the Wright brothers first took to the air, and men had landed on the moon within his lifetime. I started studying mathematics at school using a slide-rule and Log Tables, and we are now entering an age of Artificial Intelligence and robotics. Each generation will have its own experience and story to tell but the common theme is progress, the pace of which seems to be accelerating. If you want some statistics: there are around 54m autonomous vehicles of various types and 22bn smart devices in the world; about 4bn social media accounts, and roughly 300m photographs are uploaded every day. Even as I write, these figures are becoming out of date.

So what has this to do with the “Seafarers: at the core of shipping’s future”? Well, as the recently published study by the Danish Maritime Accident Investigation Board (DMAIB) and Marine Accident Investigation Branch (MAIB) into Electronic Chart Display and Information System (ECDIS) usage has highlighted, the boundaries between humans and machines are changing and responsibilities are becoming blurred. Only a couple of decades ago most activities onboard were completely human centred. Bridge watchkeepers took position lines and plotted them on charts to create ‘fixes’ from which future movements were extrapolated; chief officers carried out complex loading calculations; and, in the engine room, gauges were read in order to monitor system performance. Most of these tasks are now automated, with the human in the system reduced to the role of monitor, but still with the responsibility for stepping in, in time, to make safety critical decisions. Spare a thought for the chief officer on a 22,000 TEU container ship who is responsible for checking the stow plan provided to him by a shore-side loading computer, when the algorithms it used do not match the metrics in the ship’s Cargo Securing Manual.

There is a seductive side to technology. The more often it is right (or appears to be), the more we come to rely on it. “Why check? The machine is always right”, and human skills begin to fade from lack of use. After nearly 20 years as an accident investigator, I could be accused of becoming cynical, but in my view much of the maritime industry is compliance based: implement the standards and all will be OK. This approach neglects the fact that the pace of technological change can leave standards struggling to keep up, and ‘compliance’ alone does not provide the ‘assurance’ we expect. The good news is that we have yet to cross the Rubicon. Humans are still in charge, but to be effective they need to be appropriately trained, properly equipped, and following procedures that are fit for purpose. Anything short of that is a cop-out.

My plea, for World Maritime Day, is that across the spectrum we take time to focus on what we are requiring seafarers to do, and ask ourselves whether they have actually been trained to use the tools they need to do their jobs.

Can they really discharge the responsibilities they have been given effectively?