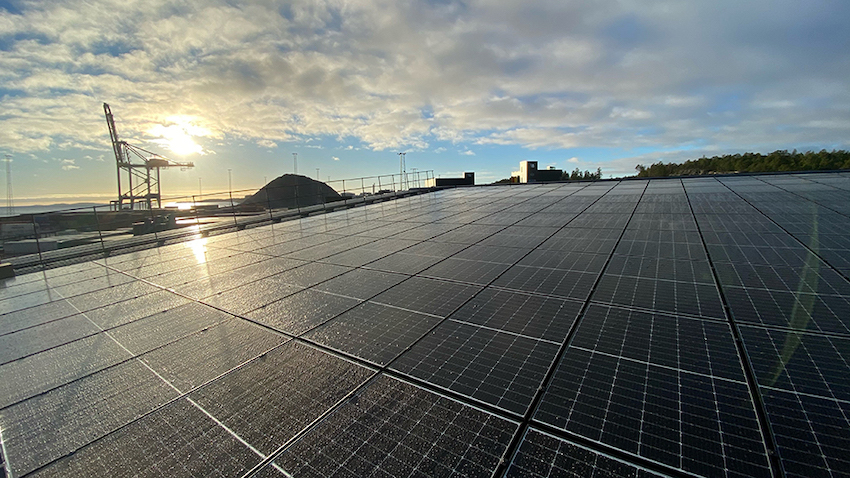 Stockholm Norvik Port, Sweden’s newest major port, has installed a new solar cell system “larger than that of any other Swedish port”, as part of its efforts to reach long-term environmental goals.

As informed, the solar cell system facility measures 3600 square meters and it can supply electricity with a maximum power output of 605 kW. The annual production can go up to 560 MWh, which is equivalent to the electricity requirements of 25 average-sized detached houses.

The system is located on the roof of the largest building at the port and the electricity will be used to run port activities.

“Ports of Stockholm is continuing to invest in renewable energy in accordance with our long-term environment and climate action plan. Stockholm Norvik Port has now been equipped with a roof-installed solar cell system larger than that of any other Swedish port,” said Fredrik Lindstål, Chair of the Board of Ports of Stockholm.

Stockholm Norvik Port was completed in 2020 and has been designed to have the least possible environmental impact.