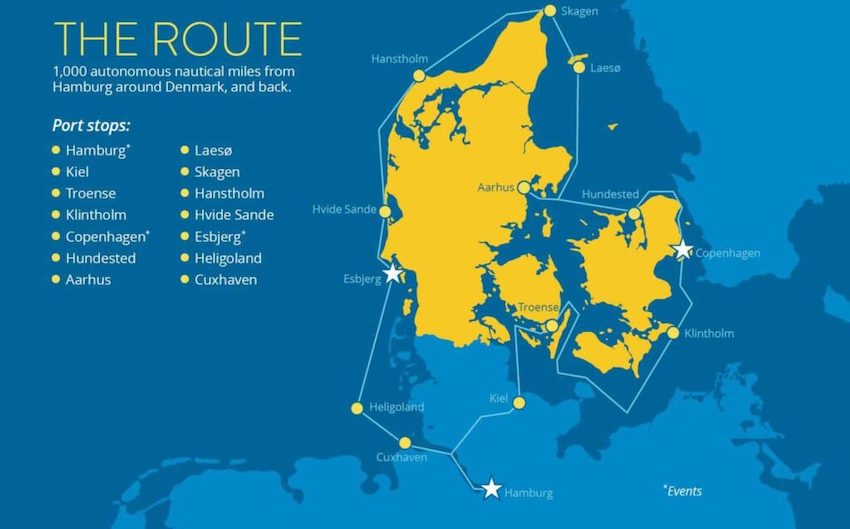 Boston-based developer of autonomous vessel software and systems Sea Machines Robotics has revealed that it will send an autonomous, remotely commanded tugboat on a 1,000 nautical mile voyage around Denmark.

The vessel named Nellie Bly will depart from Hamburg, Germany, on 30 September, with full onboard control managed by autonomous technology, while operating under the authority of commanding officers located in the United States.

The tug, built by Damen Shipyards, will be steered by Sea Machines’ SM300 autonomous system equipped with long-range computer vision. 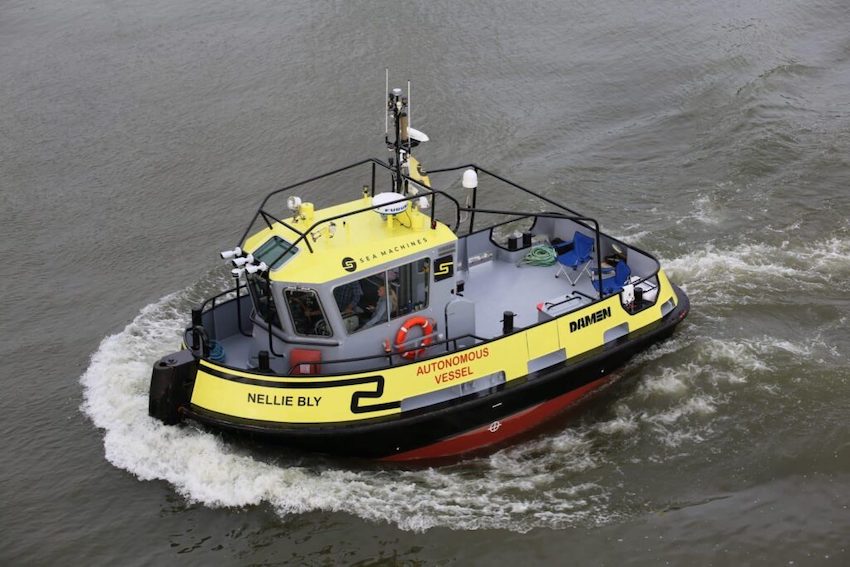 The SM300 is a comprehensive sensor-to-propeller autonomy system that uses advanced path-planning, obstacle avoidance replanning, vectored nautical chart data and dynamic domain perception, all to control a voyage from start to finish.

The system also provides the remote human commanders with an active chart environment with live augmented overlays showing the mission, state of vessel, situational awareness and environmental data, as well as real-time, vessel-born audio and video from many streaming cameras.

The project named the Machine Odyssey was planned with the aim to show “global companies  that they can integrate autonomous technology into their vessel operations for a host of technology-driven benefits.”

Throughout the voyage the Nellie Bly will carry two professional mariners and occasional guest passengers and will call on ports along the route to display and demonstrate the technology.

Sea Machines will stream the journey live on a website dedicated to the Machine Odyssey.

In February 2021, the company signed an alliance agreement with Damen Shipyards to further investigate the adoption of collision avoidance functionality onboard Damen-built ships.