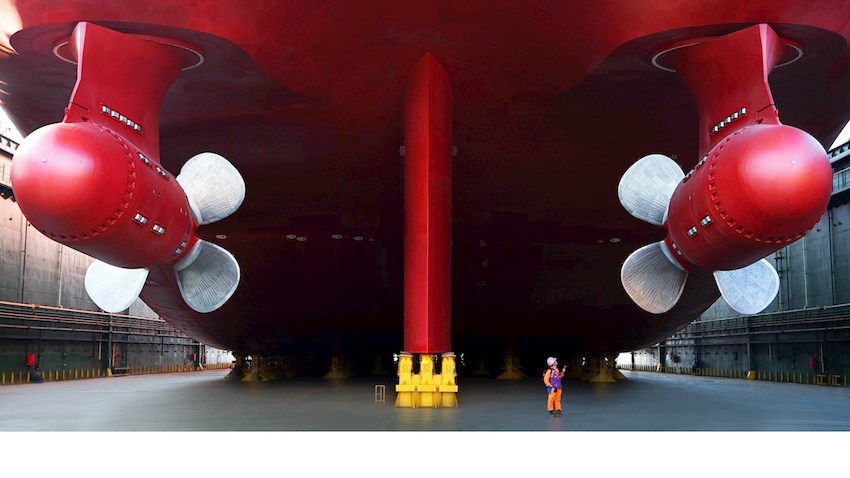 Where winters are harshest, the toughest technology is required for marine operations to continue uninterrupted during the frozen months. For 30 years, Azipod® propulsion has proven to be up to the task, keeping harbors open and moving goods and people through the most challenging sea ice conditions on the planet.

A revolution from the start, Azipod® technology has continued to break new ground, or ice, throughout its lifetime. More than 90 icegoing vessels equipped with Azipod® propulsion are sailing today, representing a steadily evolving series of innovations in power and performance.

Icegoing ships powered by Azipod® propulsion can operate with the so-called Double-Acting ship capabilities, running ahead in open water and astern in heavy ice conditions. Propellers mill the underwater part of the ice ridge to open a passage; water flow generated by the propeller flushes the hull, allowing the ship to move ahead with ease. This capability allows ships to navigate in ice-covered seas without icebreaker assistance, while keeping higher speeds and consuming less power.

Conceived for the cold
The idea of a steerable propulsion unit was conceived in Finland in the 1970s, primarily with icebreaking in mind. Ice tests at Kvaerner Masa Yards in Helsinki helped engineers to understand the advantages that steerable propulsion could provide to icegoing vessels, in addition to icebreakers.

Enticed by the success of Uikku, the Russian mining company Norilsk Nickel began investigating use of icebreaking bulk ships to avoid costly icebreaker escort fees. Investment in the new technology paid off, eliminating the need for icebreaker assistance when they entered service in 2006. 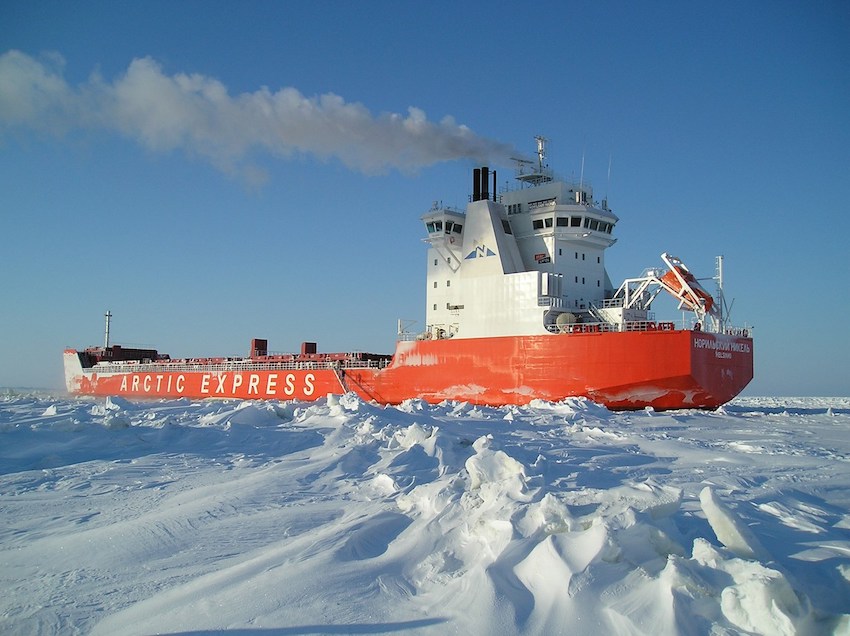 Further technical and commercial developments followed, and in a milestone contract in 2014, ABB has secured an order to supply electrical power and propulsion systems for a fleet of 15 specially designed tankers transporting liquefied natural gas (LNG) year-round from one of Russia’s most significant export developments in a generation – Yamal LNG.

The fleet’s 300-meter Christophe de Margerie, the world’s first icebreaking LNG carrier operated by Sovcomflot, made the Northern Sea Route crossing in 19 days without the aid of an icebreaker in 2017. “ABB Azipod® propulsion strongly contributed to the vessel’s successful passage while facing some of the world’s most challenging ice conditions,” said Igor Tonkovidov, President and Chief Executive Officer, Sovcomflot, SCF Group.

In 2020 ABB extended its string of orders to the Arctic LNG trade, with a contract to deliver power and propulsion to six new LNG carriers for transporting gas along the Northern Sea Route. Scheduled to enter service in 2023, each of the six newbuild ARC7 class vessels will feature a trio of the largest and most powerful Azipod® propulsion units ever supplied for ships operating in ice. Each propulsion a propulsion system will have total capacity of 51 MW, which is comparable to a nuclear-powered icebreaker.

Dubbed “the world’s most environmentally friendly icebreaker” upon its commissioning in 2017, Polaris, the world’s first icebreaker powered by LNG, was equipped with three Azipod® thrusters, two on the stern and one in the bow. Polaris Master Pasi Järvelin praised the vessel’s performance after its first months at sea: “Polaris is much more agile than any other icebreaker. This is not only due to the dual aft Azipod® thrusters, but also the bow-mounted Azipod® unit, which has proven to be an excellent aid for maneuvering in ice.”

In 2018 the Xue Long 2 research vessel became the first icebreaker to be built entirely in China, equipped with Azipod® propulsion. “Two key goals for the Xue Long 2 were maximum flexibility and durability,” said Rong Huang, Chief Engineer and Designer of the Polar Research Institute of China. Speaking about Azipod® propulsion, he added that the system ensured the new vessel’s ability to carry out her missions in varying Arctic and Antarctic ice conditions “with the highest possible regularity.” 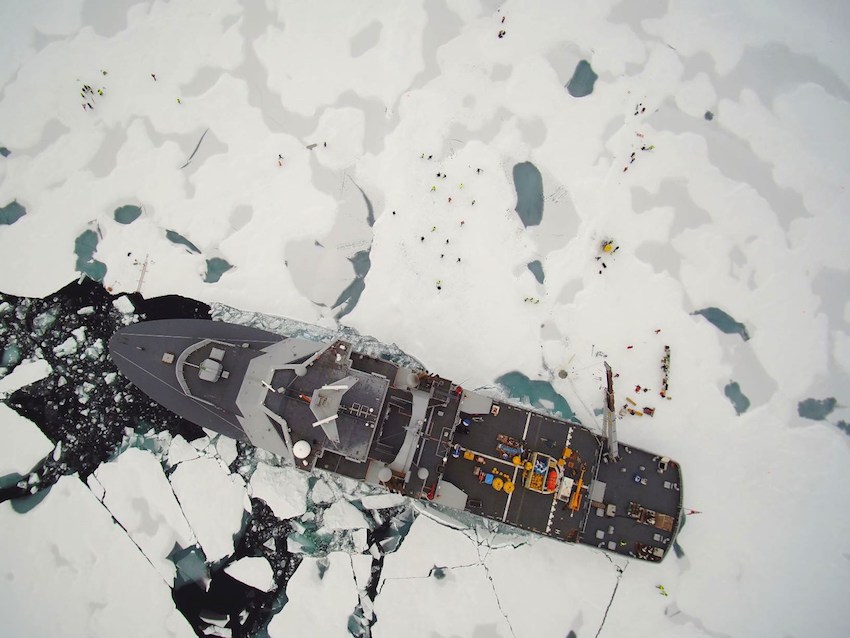 Equipped with twin 5MW Azipod® icebreaking units, in 2019 the Norwegian Coast Guard vessel KV Svalbard became the first ever Azipod-powered ship to reach the North Pole, on a mission to map changing water temperatures in the Arctic.

“Keep in mind that this is the region with the most extreme ice conditions on the planet. The success of the mission was a major accomplishment given the physical and environmental parameters,” stated Andreas Kjøl of the Norwegian Coastal Administration. "We were able to navigate through the Arctic waters and reach the North Pole faster than we thought possible," reported Ottar Haugen, Norwegian Coast Guard commander. “This was a significant milestone for us and a proof that we have a vessel in our fleet equipped with a robust propulsion system that enables operations in the harshest ice conditions – all the way to the North Pole."

Equally popular on the other side of the Atlantic, in 2019 ABB secured a contract equip the first US Coast Guard Polar Security Cutter (PSC) with Azipod® propulsion. The new vessel represents a continuation of 15 years successful operational experience from the USCG Great Lakes Icebreaker Mackinaw, equipped with two Azipod® units.

Proven performance, sustainable future
The fuel and emissions-saving capabilities of Azipod® electric propulsion have made it the technology of choice for icegoing and icebreaking vessels for 30 years.
“We are committed to supporting the growing Arctic maritime industries with our unparalleled technology that has over the years proven to enable safe, sustainable operations and ensures year-round transportation of cargoes across the Northern Sea Route,” confirms Juha Koskela, Division President of ABB Marine & Ports.