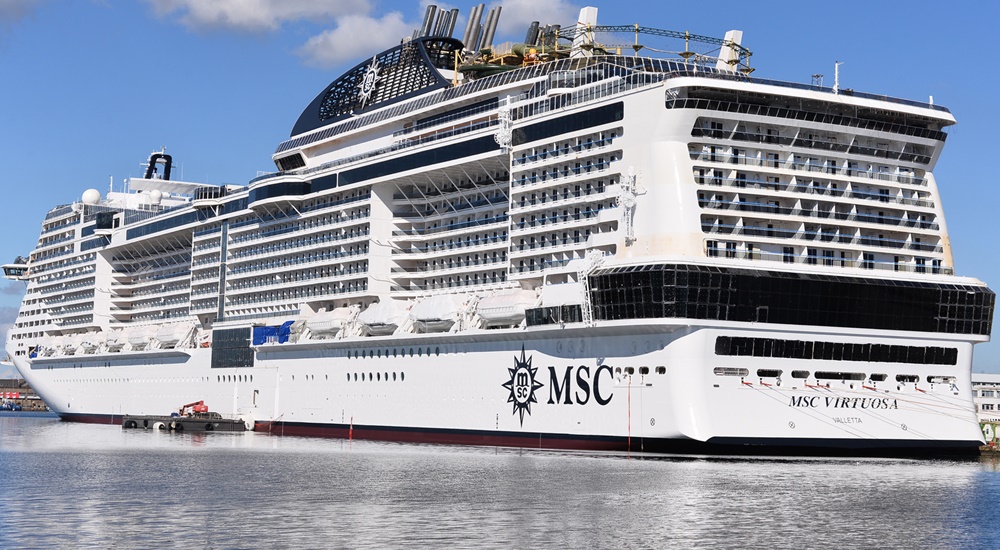 A week ago, the first complaints began appearing on Twitter of guests who felt ill during their cruise and, typically, tested positive as soon as they left the MSC ship. Several dozens of passengers complained that there was no enforcement of the wearing of face coverings or social distancing.  Many people who had cruised earlier on the same ship in June or July on the MSC Virtuosa contrasted those relatively safe cruises with the free-for-all on the crowded ship.

Yesterday, a local newspaper in the U.K. announced that a passenger died due to COVID-19. Eighty-one year old English navy veteran Wilf Broyden boarded the ship, after testing negative for the virus, with his wife, son and grandchild as well as his son’s girlfriend and two children. Five days into the cruise, Mr. Broyden began feeling ill and tested positive at the hospital at home after the cruise. He died a week later in the hospital.

The article explains that “Covid had broken out on board” and “staff suddenly (began) wearing hazmat suits.” People were also “coughing & struggling to breathe. According to the article, “his family believe he could have caught the illness while on the seven-day cruise …”

According to the Centers for Disease Control and Prevention (CDC), the incubation period for COVID is 2 to 14 days, “with a median time of 4-5 days from exposure to symptoms onset.” According to the original news article, he tested negative for the virus shortly before embarkation and then began having symptoms five (5) days into the cruise, which is exactly the the median time for exposure. The CDC info is based on three peer reviewed studies by the prestigious New England Journal of Medicine and Annals of Internal Medicine.

One other cruise passengers on the MSC Virtuosa died during the  cruise, according to the local press. The U.K. press reported that a man, described to be “in his 70s,” died onboard the MSC Virtuosa which called on Portland Port last Saturday (September 4th). Although there is no indication that the death of this cruise guest was related to COVID-19, the absence of information from MSC Cruises is naturally leading to such speculation.

MSC Cruises is continuing to refuse to disclose the number of infected passengers on the ship. I have counted well over six dozen guests who have contacted our office or tweeted or posted personal comments on Facebook that they became infected during the cruise. One guest who tested positive and later contacted us, Jake Dixon of London, England, was quarantined in his cabin after testing positive and later escorted off the ship by employees wearing hazmat suits. (He sent photos to the left and  right). Mr. Dixon indicated that there is a private Facebook page  for people who tested positive (either on or off the ship. (There are 50 guests reportedly in this group alone, so far). There is also a Facebook group called MSC Virtuosa Liverpool 31st August where at least a dozen other cruise guests indicated that they tested positive for the virus. There are several dozens of guests posting on Twitter as well.

The number of guests infected on the last two cruises appear to be far in excess to the number of those affected on other cruise ships since the cruise industry was shut down last year.Recently there were at least 26 crew members and an unknown number of guests (including one woman, age 77, who died) who tested positive for COVID-19 on the Carnival Vista cruise ship two weeks ago.

MSC Cruises has demonstrated a brazen lack of transparency in refusing to disclose the number of COVID-19 cases on the MSC Virtuosa, and suggesting that it increased its COVID protocols only in response to increased incidents of the virus in the U.K.  MSC allegedly “tightened up” its COVID-19 measures only after a visit by port health officers in Southampton, following numerous complaints by guests on the cruise. Read article by cruise fan and travel writer Dave Monk (a/k/a ShipMonk), titled MSC Cruises tightened up Covid measures on MSC Virtuosa after Southampton port health officer raised passengers’ concerns.

ShipMonk wrote that according to passenger, Eric Suth from Scotland, the ship was “a breeding ground for Covid” because of the self-service buffet and a lack of social distancing. Mr. Suth said he was tested as soon as he disembarked and proved positive. ShipMonk writes only that “the number of people affected has not been established.”