The largest containership in the world, the 24,000 TEU Ever Ace, crossed the Suez Canal for the first time on 28 August 2021.

The vessel is the most recent addition to the Evergreen Marine Corporation’s fleet. It was delivered to the company by South Korean shipbuilder Samsung Heavy Industries (SHI) in July this year.

Ever Ace crossed the Suez Canal on its maiden voyage to Europe en route to the Port of Rotterdam. It had set sail from the Port of Taipei earlier in August 2021.

The Suez Canal Authority (SCA) shared the moment on social media, and the captain and the crew were greeted after the successful crossing. 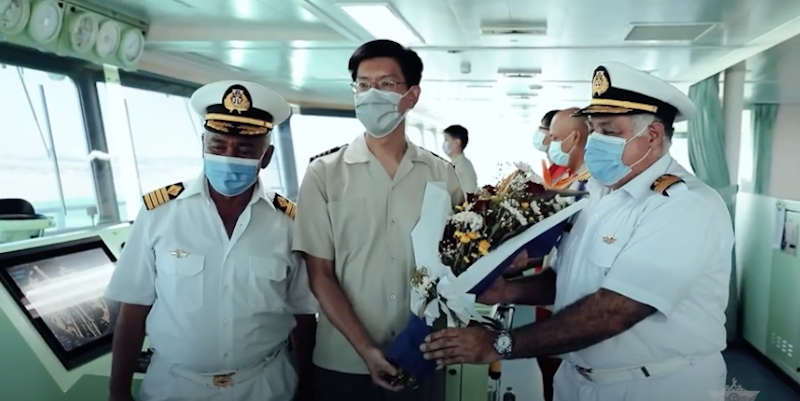 The vessel is scheduled to arrive at the Port of Rotterdam on 4 September 2021 at around 3 p.m., according to the port authority.

Ever Ace’s crossing of the Suez Canal comes just two weeks after Evergreen’s containership Ever Given transited the waterway for the first time after grounding in March 2021. The Panama-flagged containership reached its planned destination in Rotterdam on 29 July 2021, almost four months after it got stuck in the Suez Canal.

Global trade was disrupted as hundreds of ships had to wait to pass through the 193-kilometer-long canal.

About 15% of world shipping traffic transits the Suez Canal, the shortest shipping route between Europe and Asia.