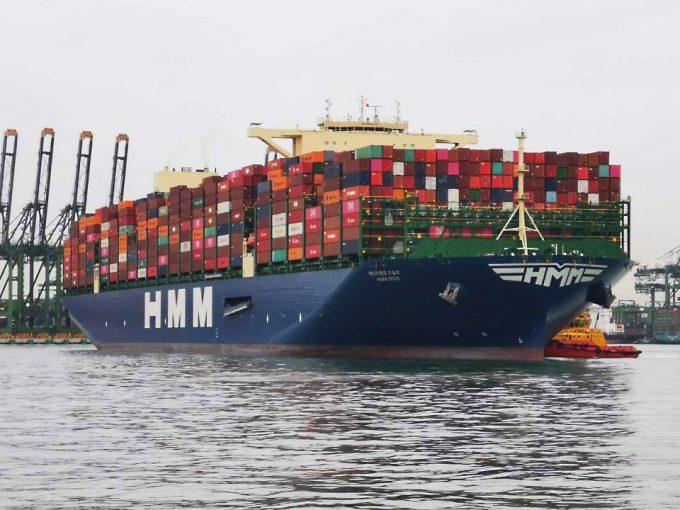 Seafarers working for HMM are reportedly planning to stage a mass demonstration today August 25 in response to failed contract negotiations. According to reports in the Korean media, more than 400 seafarers are expected to submit their resignations to show their frustration at the lack of a contract agreement after years of forgoing wage increases while the South Korean shipping company struggled with significant financial losses.

Reportedly nearly 90 percent of the 453 seafarers working for the company voted on Monday to stage the demonstration after their union failed to reach an agreement with the management of HMM. According to the Korean news outlet Joong Ang Daily, South Korean law does not permit crew members working on international ships to strike, so the union members decided to take the unusual move of all resigning at the same time.

The newspaper reports that wage negotiations have been ongoing for months with the union demanding 25 percent increases to make up for the past seven years through 2019 when members' wages were frozen due to the carriers’ financial problems. In addition, Joong Ang reports that the union members wanted a 1,200 percent bonus based on their monthly salary, while HMM offered eight percent increases and a 500 percent bonus. Mediators from the National Labor Relations Commission also attempted to reach a settlement conducting two sessions between the union and management.

Adding support for the union's demands is the strong financial performance of HMM during the first half of 2021. The carrier recently reported a better than eight percent increase in volumes that contributed to a nearly 50 percent increase in earnings before taxes to over $2 billion. A union representative told Joong Ang that the strike is about basic rights and improved working conditions for the seafarers, who like many have found themselves stuck at sea up to a year or longer due to the impact of the pandemic. They said that HMM is also troubled by a shortage of crew members that is also contributing to the difficult working conditions.

The union representative told the newspaper that many members are considering working for alternate carriers. The news outlet reports that that wages at Mediterranean Shipping Company, for example, are 2.5 times higher than HMM. HMM is also reported to be in a dispute with its office workers also over the lack of a contract. Mediation efforts also failed last week after a third and final round of negotiations.

The carrier currently has a fleet of 128 containerships with a capacity of nearly 900,000 TEU. Ranked as the eight larger carrier by Alphaliner, HMM is in the midst of a government-supported expansion. The company is targeting a capacity of one million TEU by 2022 through new construction and charters. At the end of June, they ordered 12 additional boxships due for delivery in 2024. HMM also continues to operate a few tankers and bulkers. Recently, there has been talk in South Korea that the carrier would be privatized based on its strong financial performance. Currently, the state-run Korea Development Bank is the largest investor in HMM.