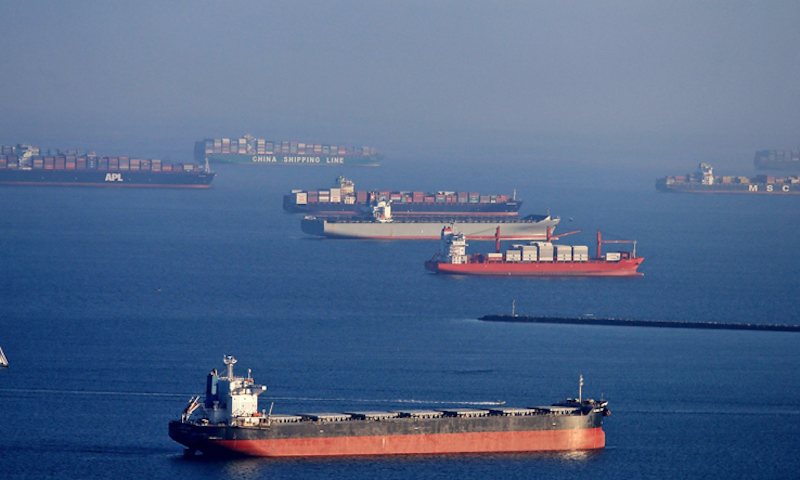 FORWARDERS and beneficial cargo owners face more delays on the transpacific trades as the number of containerships waiting to dock in Los Angeles and Long Beach returns to near record numbers while a terminal closure in Ningbo is adding to schedule disruptionMore than 100 containerships are either in port or at anchor outside Los Angeles or Long Beach, waiting for a berth to come free, as congestion levels at the southern Californian gateway worsen. A growing number of bulk carriers are also caught up in the backlog, together with some tankers, reports UK's Lloyd List.

One containership, the Maersk-operated 4,600 TEU NORTHERN PROMOTION has been at anchor since July 26, while the 13,000 TEU Maersk Emden has been waiting to dock since August 2. Sistership Maersk Eindhoven arrived in the anchorage on August 9. Another of the larger ships now waiting in San Pedro Bay is the 11,100 TEU MSC Josseline, according to latest data from the Marine Exchange of Southern California. In all, 37 containerships were at anchor over the weekend, just one short of the previous record reached, of which 15 have capacities in excess of 10,000 TEU.Together with other ship types, vessels at anchor totalled 65 last Sunday, a drop from Saturday's all-time high of 68. As well as waiting in anchorages outside the adjacent ports and off Huntingdon Beach, five ships were in assigned drift areas.

The latest backlog of ships waiting to offload their cargo comes at a time of continued delays on the other side of the Pacific where Ningbo has shut a terminal to contain a local Covid outbreak.In the US, the surge in import volumes in recent months has backed up supply chains across the country, with port delays now almost routine. Taking all vessel types to account, a record 125 were in the two ports last Friday, dipping just slightly to 123 on Saturday and then 118 on Sunday.