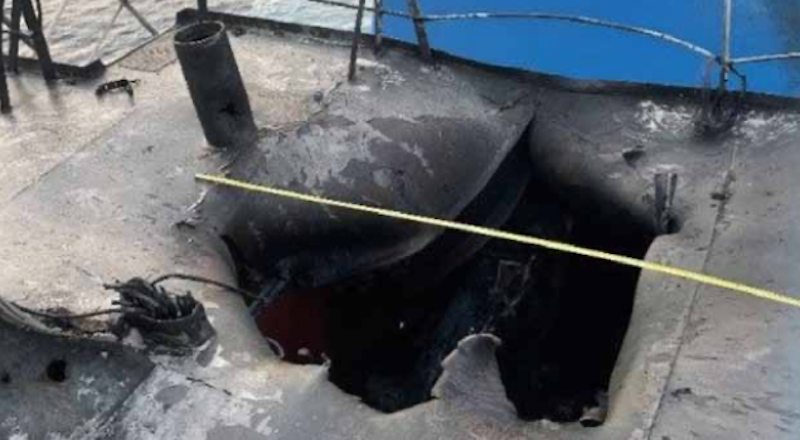 An investigation led by the US Central Command has concluded that Iran was responsible for the deadly attack on the Zodiac Maritime-operated product tanker Mercer Street.

An expert explosive investigative team from the USS RONALD REAGAN found the MERCER STREET was targeted by three drones, of which one managed to strike the vessel, killing the captain, a Romanian national, and a UK national who was part of the security detail.The two unsuccessful explosive drone attacks were reported by the ship’s crew on the evening of July 29. Investigators found small remnants of at least one of the unmanned aerial vehicles (UAVs) on the vessel that the crew had retrieved from the water, corroborating the reports. “The investigative team determined that the extensive damage to the MERCER STREET was the result of a third UAV attack on July 30. This UAV was loaded with a military-grade explosive,” US CENTCOM said.

CENTCOM carried out an additional analysis at its Fifth Fleet headquarters in Manama, Bahrain and subsequently at the US national laboratory. “US experts concluded based on the evidence that this UAV was produced in Iran.” The evidence was shared with UK and Israeli explosive experts, which both concurred with the US findings. The report provided photographs of Iranian drones, along with pieces of debris found on the tanker, such as a piece of the wing and internal components, said to be nearly identical to the previously collected samples.

Last week, Iran denied it was involved in the attack on the Liberian-flagged, Japanese-owned ship despite being blamed by Israel, the US and the UK. CENTCOM released its report the day after the G7 condemned Iran on Friday and the UN Security Council held a discussion on the attack. “We, the G7 Foreign Ministers of Canada, France, Germany, Italy, Japan, the United Kingdom and the United States of America and the High Representative of the European Union stand united in our commitment to maritime security and the protection of commercial shipping. We condemn the unlawful attack committed on a merchant vessel off the coast of Oman on 29 July, which killed a British and a Romanian national. This was a deliberate and targeted attack, and a clear violation of international law. All available evidence clearly points to Iran. There is no justification for this attack.”