SpaceX May Have the Largest Unmanned Merchant Vessel in Operation 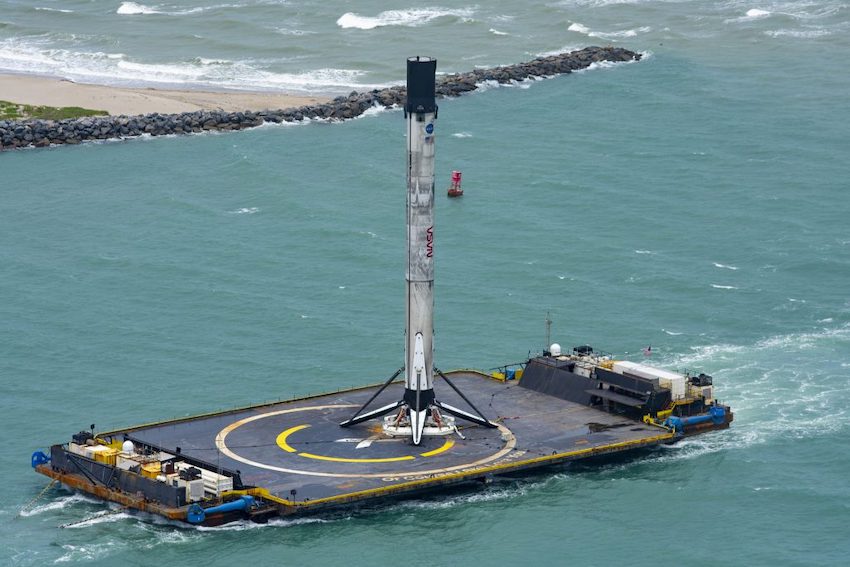 No bridge, no lookout, no windows: the flat-sided deckhouse of SpaceX's new self-driving deck barge

Elon Musk's commercial space launch company, SpaceX, may have deployed the largest fully unmanned commercial vessel in operation today. The 10,000 dwt, 300-foot deck barge MARMAC 302 was recently converted at Bollinger's Port Fourchon yard and renamed A Shortfall of Gravitas. She been outfitted with a wider deck and a set of four thruster pods, enabling her to hold station and catch SpaceX's booster rockets on their return to earth.

SpaceX owns two similar vessels built from the hulls of Marmac 302's sister barges, the Marmac 303 and 304, and both are DP-capable without crew on board. However, SpaceX says that A Shortfall of Gravitas (dubbed ASOG by SpaceX fans) can drive itself to and from port, without crew and without a tow.

A video released by Elon Musk on Twitter appears to show the vessel self-navigating at a reasonable speed, comparable to or faster than what might be expected under tow. No bridge, windows, lookouts or other signs of an onboard navigational watch are in evidence.In a followup tweet, Musk confirmed that ASOG is fully automated and requires no tugboat for transits. (It is, however, getting a tow from the Gulf of Mexico to its homeport in Port Canaveral.)

The largest existing autonomous cargo vessel, the YARA BIRKELAND, is still operating in a fully-crewed test phase. She is somewhat smaller than ASOG at 3,000 dwt and 260 feet in length.

SpaceX conducted its first successful rocket landing at sea in 2016, setting a new technological milestone that has allowed the company to greatly reduce its operating cost per launch.

SpaceX's Falcon 9 boosters are designed for refurbishment and reuse, a departure from the disposable-booster business model used by its competitors. Musk has compared the traditional approach to "disposable airplanes" and claims that SpaceX saves money after the third flight on each booster.