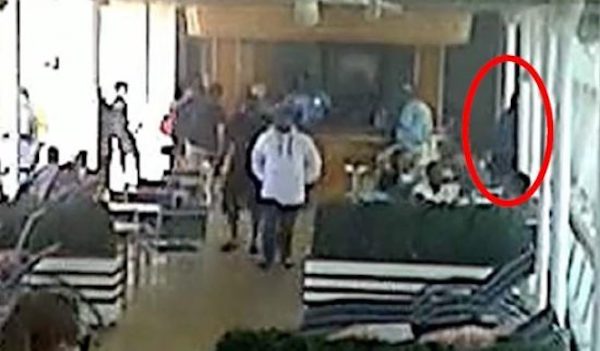 This tragic case involved an eighteen-month-old girl who fell from the arms of her grandfather through an open window on Royal Caribbean’s Freedom of the Seas in July of 2019. She fell 150 feet to the pier below, resulting in her death. The toddler’s parents filed suit in Federal District Court for the Southern District of Florida against the cruise line in December of 2019, alleging  negligence and failure to warn of a hazard (the open window) on the cruise ship.

We reported on the sad set of circumstances on July 7, 2019, noting that there have been relatively few situations where toddlers have fallen from upper decks on cruise ships. In 2012, a 14 month old toddler fell from deck 12 to deck 11 on the Monarch of the Seas. The toddler was injured but, fortunately, fully recovered. However, that child was not dropped nor did she fall through an open window. In our 25 years of experience with Royal Caribbean, we are not aware of any similar cases to this one.

The Court Grants Summary Judgement
In addressing the motion for summary judgment filed by Royal Caribbean, the Court reviewed video of the scene which “vividly” reveals that the grandfather leaned his upper body over the wooden railing, which was about fifteen inches in front of the window for around eight seconds. The video then shows that the grandfather squatted down to pick up the toddler and then lift her over the railing as he again leaned his upper body over the railing a second time and held the child out in front of him.
The Court also reviewed photographs which show that the window in question is surrounded by other windows which were tinted. The open window appeared to be of a different color which indicated that the other windows were closed whereas the subject window was  open. The grandfather also first placed the toddler on the wooden railing and then reached out to touch the window. He did not feel any glass but nonetheless lifted the child beyond the railing and extended her body causing her to fall to the dock below to her death.

Royal Caribbean Had No Notice of the Hazard
After extensive discovery was conducted by both parties, the Court ruled that the cruise line had “no notice of the risk-creating danger on the cruise ship,” which the Court defined as the “lifting a child up to an open window.” The cruise line submitted evidence that the U.S. Coast Guard has no prior incidents reports involving similar accidents.

The Grandfather's Act of Lifting the Child Up To an Open Window Was a Superseding Cause of the Accident
The Court held that the grandfather’s conduct was the superseding cause of the incident which served to entirely exculpate the cruise line from liability. The Court noted that the grandfather pled guilty to the charge of negligent homicide (and was sentenced to three years probation). The Court cited caselaw for the legal proposition that “independent acts of third persons are deemed unforeseeable and therefore the sole proximate cause of the injury.”

Royal Caribbean had No Duty to Warn of an Open and Obvious Danger
Having found that the hazard that led to the child’s death was the placing of the toddler on or through an open window, and that the grandfather either knew or should have known the window was open, the Court held that there is no duty to warn of the danger of placing a child in such a location.