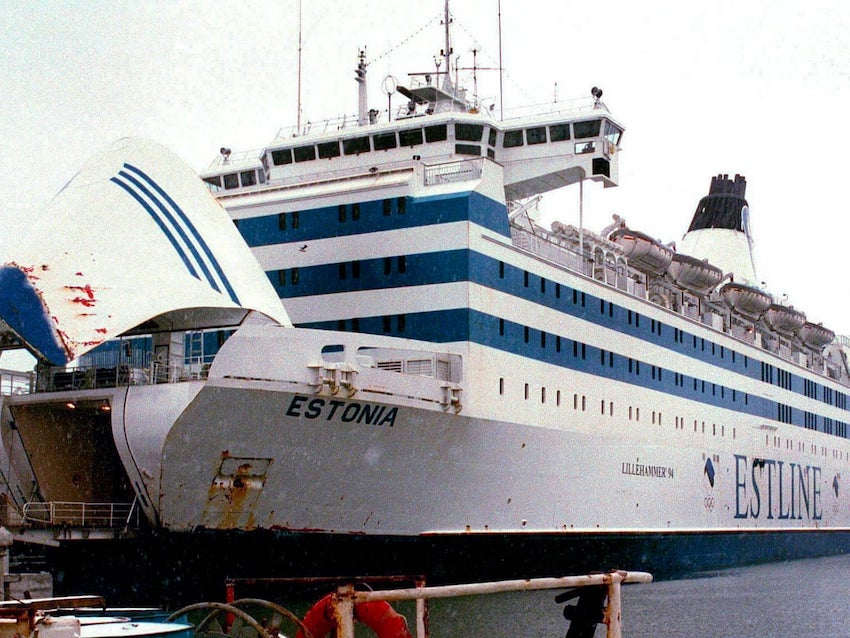 Sweden and Estonia on Friday 9th July opened a fresh investigation into the 1994 sinking of the ferry MS Estonia in the Baltic Sea and the loss of 852 lives, accident authorities said.

Only 137 people survived the disaster of the Tallinn to Stockholm ferry which went down in just an hour on September 28, 1994.

Finland joined both countries in agreeing in 1995 to designate the wreck a final resting place and make it illegal to disturb the site.

But legislation was recently amended to allow a re-examination of the sinking after a documentary cast doubt on the findings of the official investigation.

Estonian icebreaker EVA-316 and Swedish research vessel Electra af Asko set sail Thursday and met up near the site of the wreck in international waters. "The surveys have started," Jonas Backstrand, chair of accident investigations at the Swedish Accident Investigation Authority (SHK), told AFP on Friday.

A religious ceremony with bishops from Sweden, Estonia, Lithuania and Finland, was first held aboard the ships in memory of the dead.

"For many, up until now, consolation has come from the belief that not knowing can give more peace of mind than doubts and half-truths. Questions, however, remain," Urmas Viilma, Estonian Evangelical Lutheran Archbishop Urmas Viilma said in a statement read out at the ceremony. An Estonian trumpeter performed, news agency TT reported, and the bishops each threw a white rose into the sea.

SHK estimates the preliminary probe will be completed this autumn.

The original inquiry concluded that the disaster was caused by the bow door of the ship being wrenched open in heavy seas, allowing water to gush into the car deck.

Survivors and relatives of the dead have fought for over two decades for a fuller investigation amid official reluctance to re-consider the causes. Experts told the documentary only a massive external force could rupture the bow door, raising questions about what really happened.

LOUD BANGS
Survivor Sara Hedrenius told AFP she was woken by two loud bangs that night in September 1994 as she returned home to Sweden. The ship quickly started to list and she made her way up on deck. "I managed to get into the sea and onto a life-raft and we stayed there until about half past six in the morning," Hedrenius said.

When rescuers arrived only six out of the 16 who were on the raft were still alive. "Those who died in the night had either frozen to death or drowned. Some had been washed off by the waves." "I think it's great that these dives are done," she said by telephone, adding she was hopeful the probe would shed new light.

However she voiced concern that the same countries and authorities who were behind the original investigation would now head a new one.
"What we would have wanted is an international independent oversight from another state's accident authority," Hedrenius said.

Another survivor and representative of the relatives, Rolf Sorman, also Swedish, was invited aboard as an observer. "It feels great to be present. I think the new investigation's personnel have acted very differently, in a positive manner, but 27 years too late," he told TT.