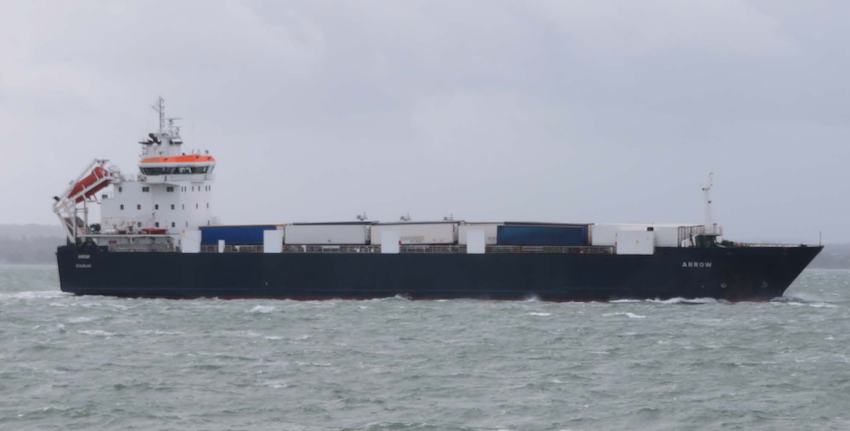 At 0727 on 25 June 2020, after an overnight passage from Lerwick in the Shetland Islands, the ro-ro freight ferry Arrow grounded in thick fog while entering Aberdeen Harbour. There were no injuries or pollution, and the vessel was successfully re-floated 45 minutes later. There was significant damage to the port side of the underwater hull, including holing and splitting of several water ballast tanks and damage to the port propeller and rudder. Repairs required dry docking and the vessel was out of service for four weeks.

The investigation found that Arrow’s bridge team was not fully prepared for pilotage in restricted visibility and that Bridge Resource Management was poor.

There was no effective shared mental model of the pilotage plan and the vessel’s progress along it. A pilot exemption certificate holder provided by the vessel’s charterer was navigating by radar and steering the vessel himself while receiving limited support from the remainder of the bridge team. He became overloaded in the fog that enclosed Arrow a few minutes before it entered Aberdeen’s 70-metre-wide Navigation Channel and, while trying to correct a deviation to the north of the planned track, he over-corrected to the south. The over-correction was not noticed by the bridge team in time to avoid grounding.

The navigation techniques used did not provide Arrow’s bridge team with an accurate view of the available safe water in the Aberdeen approach channel.

Poor bridge ergonomics and limited Electronic Chart System capabilities meant that the conning officer was navigating by use of radar alone.

After the grounding, Arrow began to list significantly in the falling tide and after 13 minutes the general alarm was sounded. Having verified that there were no internal ruptures and thus no ingress of water into the hull, Arrow’s master decided to attempt to re-float the vessel. Using Arrow’s engines and bow thruster and with the assistance of an Aberdeen Harbour pilot and a tug the vessel was re-floated, although pulling the ship off the bank probably caused some additional damage.

As a result of this accident, Seatruck Ferries Limited has undertaken a number of actions designed to improve the safe navigation of its vessels in pilotage waters, including, inter alia, implementation of effective Bridge Resource Management, clarifying its requirements for the conduct of pilotage by pilotage exemption certificate holders, navigation in restricted visibility and optimising the use of electronic navigation systems.

Aberdeen Harbour Board has reviewed its vessel traffic service procedures and introduced a graded pilotage exemption certificate system, together with enhancements to training