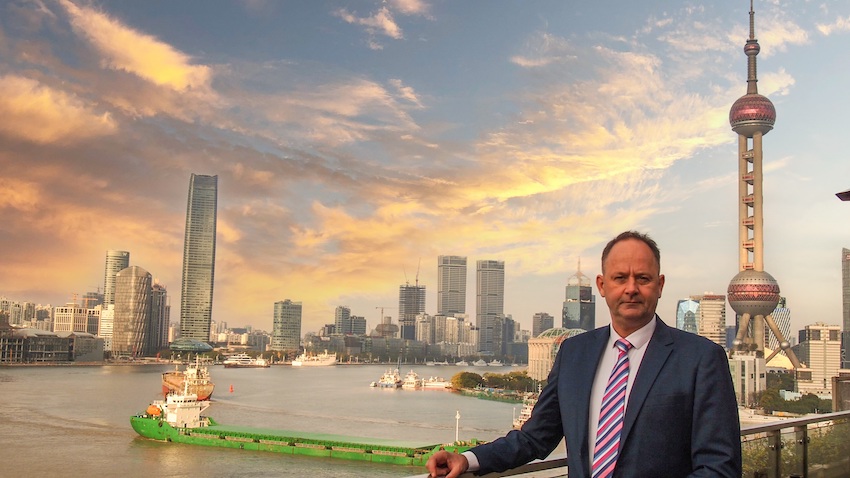 The Isle of Man Ship Registry (IOMSR) has been appointed by its first Chinese shipowner to flag the 82,000 DWT bulk carrier Transcenden Wisdom presently under construction at Tsuneishi Group’s Zhoushan shipyard in China.

The ship will register with the IOMSR upon delivery in August and operate under the technical management of the Singapore office of Wilhelmsen Ship Management (WSM). The IOMSR has been selected by a Hong Kong based Chinese leasing company and subsidiary of China Merchants Bank to flag the vessel. The deal was agreed with the IOMSR’s Singapore representative Captain Raja Ray and will see Transcenden Global Pte act as a bare boat charterer to the leasing company. Technical support in China will be supplied by the IOMSR’s new Shanghai office run by Jonathan Kingdon which opened in January 2021.

IOMSR director Cameron Mitchell said China is a key market for the flag state with many of its clients now drydocking and building ships in China. He said two-thirds of the IOMSR fleet is now managed from Asia. “We’re really pleased to welcome the first Chinese ship ownership structure to the IOMSR fleet,” he said. “We believe we have a very strong offering in the Chinese market as through our new Shanghai office we have experts on the ground who can visit shipyards for inspections and meet our key clients. China is the world’s biggest maritime nation and forms a central part of our growth strategy.”

“As one of the world’s most respected flag states the IOMSR has many benefits to Chinese owners and shipyards and we want to raise greater awareness of those,” he said. “In particular we think the pragmatic approach makes the registry stand out. The IOMSR aims to make the construction process as straightforward as possible for Chinese shipyards. This means that the IOMSR’s new ship build standards are exactly the same as Panama, Liberia and the Marshall Islands. Digitally we are also evolving, we were one of the first flag states to offer digital certificates and we undertook the first ever remote periodical survey of a Bulk Carrier with DNV. Furthermore, we recently launched the industry’s first seafarer welfare app to support seafarers’ mental health which we know is a huge concern to ship owners.”