One seafarer dead after fire breaks out on MSC boxship 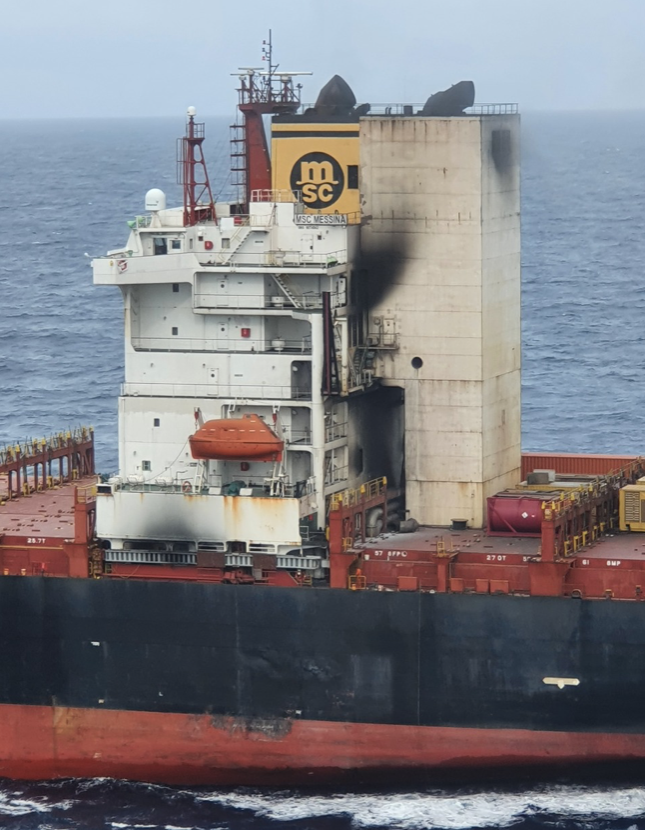 According to Sri Lanka Ports Authority (SLPA), the Liberian-flagged vessel issued an MRCC notice as a distress ship on 25 June when the engine room caught fire.

Furthermore, the Indian Coast Guard revealed that the distressed vessel was traveling with 28 crew members onboard and suffered fire while sailing 480 nautical miles away from Sri Lanka’s coast.

The vessel has unloaded 2,000 containers at Port of Colombo and was carrying only 38 containers for discharge in Singapore.
SLPA stated that the crew members used carbon dioxide to douse the fire and brought it under control, but the smoke was still emitted.

Meanwhile, a Panama-flagged, 14,000TEU container ship, MSC Deila, was sailing in the vicinity and standing by to assist, while a salvage tug reached near the distressed ship.

On 26 June, the Indian Coast Guard released an update stating that the ship is disabled, and there was one casualty onboard

The disabled vessel has been taken under tow by the tug Vigour en route to Singapore, while ICG Ship Vishwast remained in the vicinity to provide support.

The 300-meter-long scrubber-fitted MSC Messina was built in 1995 by Japan’s Mitsubishi Heavy Industries.

This is the latest vessel to fall into distress off the coast of Sri Lanka, as X-Press Pearl caught fire in May, causing environmental concerns.

X-Press Pearl had 25 crew members onboard, and reported no injuries.