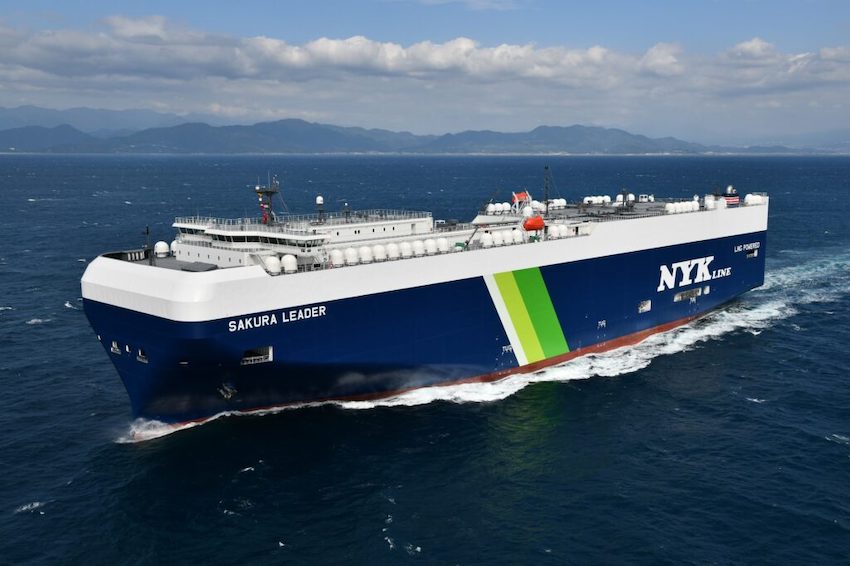 NYK Line will order six car carriers each from Nilaijima Shipyard and Nippon Shipyard (a joint venture of Imabari Shipyard and Japan Ocean Union). The carriers will have a loading capacity of approximately 7,000 cars each.

This is the biggest LNG fuel ship order in Japan, according to Nikkei.

There are only about ten vehicle carriers fueled by LNG, out of about 700 globally.

NYK has 120 car carriers in total, but only one of them is fueled by LNG. The company however plans to have 20 LNG fuel tankers by the end of 2028.

The ordered ships are expected to produce 25 per cent less CO2 emissions compared with current petrol-fueled car carriers. NYK’s goal is to cut ghg emissions in half by 2050 from the level in 2015.