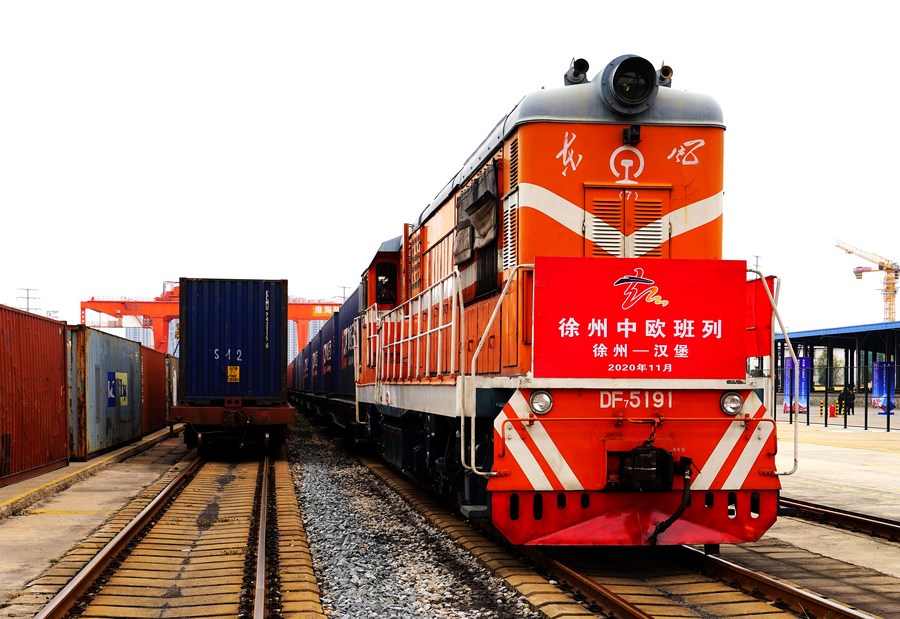 The Port of Hamburg is a top destination for rail services between China and Germany.

Since November last year, a new link has become established between Xuzhou and Hamburg, according to Port of Hamburg's release. The Port of Hamburg expects at least two more trains from the Chinese city of Xuzhou in May. This latest service by Xuzhou-Europe Railway Express signals its established status in the Hanseatic City, where its sixth train has meanwhile arrived, and the service will be further expanded.

The first train to Hamburg departed in November last year from Tongshan rail freight terminal. Its route encompassed Russia, Poland and Hamburg, among other points. The containers still on board are despatched onwards throughout Europe.

In recent years, 232 links have been established between 20 Chinese destinations and Hamburg. In 2020 throughput on intercontinental rail traffic between Hamburg and China alone increased by at least seven percent. Total volume therefore climbed to 107,000 TEU.

Almost 40 trains per week are meanwhile running between various provinces in China and Europe’s largest rail port. “The New Silk Road is an important addition to seaborne services on the global supply chain between China and Germany. Positive developments stress the welcome being given to what is being offered,” says Axel Mattern, Joint CEO of Port of Hamburg Marketing.

Throughput is also growing at the same rate. Xuzhou Huaihai International Land Port provides one example. Throughput in the first eleven months of last year increased to 24,190 TEU. That represents a 56 percent gain on 2019.

The Chinese operator is pursuing ambitious aims to make the location an essential hub for Silk Road services to Europe: “With Hamburg, the Xuzhou-Europe Railway Express offers its customers an additional connection with Central Europe.

On average, a block train departs with 94 containers and weighs almost 470 tons. Depending on traffic, on average it will need 15 days to cover the route of over 6,000 kilometres. Conditions are favourable, since Xuzhou is one of China’s top hubs for rail traffic. Several high-speed routes – e.g. between Beijing-Shanghai and Lianyungang-Lanzhou – meet there.

Operated by China Railway, the rail freight terminal is Eastern China’s largest. The city is also directly linked via canals with the ports of Ningbo-Zhoushan, Shanghai and Lianyungang on the East coast / Westküste. This autonomous city is situated in the North of the Eastern Chinese province of Jiangsu. Xuzhou’s administrative area covers 11,257 square kilometres and has a population of around 8.6 million.

Xuzhou is also the home of Xuzhou Construction Machinery Group – XCMG. The group develops, manufactures and distributes building machinery, including trucks, cranes, earth-moving and road-building equipment. It is the world’s fifth-largest construction machinery group, despatching its products, some on its own train, via the New Silk Road to Central Asia, Russia and Europe. These were aboard some of the 300 trains that last year transported quantities of consumer goods and construction machinery from Xuzhou to Europe. These included products from companies such as Xugong, Liebherr, Hitachi and CAT.

On average, a block train departs with 94 containers and a weight of almost 470 tons. Depending on traffic, it will need an average of 15 days to cover the route extending over 6,000 kilometres.