Shipowners and seafarers fail to agree on a revised minimum wage 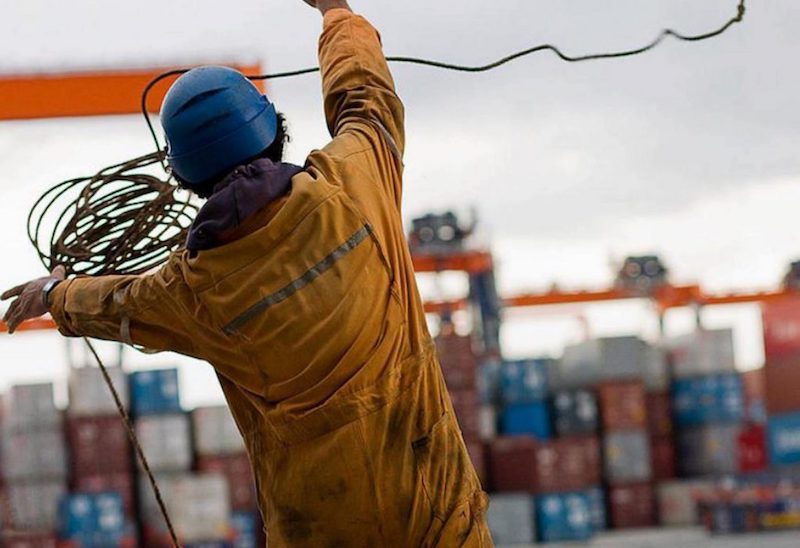 The world’s seafarers yesterday decided to shut down negotiations over the future of seafarers’ minimum wages with national shipowners represented by the International Chamber of Shipping.

The seafarers’ unions said they would prefer to tackle the shipping companies ‘head-on’ to set wages unilaterally rather than risk decades of established ILO practices by agreeing to employers’ demands to ditch objective ILO minimum wage calculations.

The break up of talks comes as seafarers continue to face one of the gravest crises in modern history caused by the Covid-19 pandemic, which has left thousands unable to sign off from their ships for months upon expiration of their contracts.

The inaction of governments to designate seafarers key workers and expedite their travel, combined with rather slow vaccination process has been a red flag for many professionals who are thinking about quitting the industry.

According to new research from the International Transport Workers’ Federation (ITF), a quarter of seafarers were considering quitting the industry already due to the ongoing crew change crisis and another 23 percent of seafarers were unsure about their future, suggesting a seafarer supply crunch was looming.

“For only the second time in the long history of these negotiations the shipowners and the seafarers have failed to agree a revised minimum wage for seafarers. And that’s wholly the fault of the shipowners, who have behaved with such an astounding lack of self-awareness and a lack of respect for the sacrifices of seafarers – especially these past 14 months,” said Mark Dickinson, Seafarers Group Spokesperson at the ILO and Vice-Chair of the Seafarers’ Section of the ITF. Dickinson explained that shipowners were unwilling to raise minimum wages for a single dollar, which is likely to further push labour supply shortages. “Sadly the result of the shipowners’ pay freeze is a pay cut in real terms – accelerating an industry labour shortage. It’s hard enough for these companies to recruit seafarers with the crew change issue, I would have thought now would be the time to be investing in your people and making this an industry more attractive to join – not less,” he said. “We’ve heard time and time again from shipowners and their representatives that they care about the seafarers, that seafarers are ‘vital’, and ‘critical’ to our industry and the global supply chain. But the moment it comes to recognise the contribution of seafarers and value them practically, by respecting institutions most fundamental to seafarers’ welfare and delivering a modest real wage increase – the shipowners show their true colours.”

Dickinson said the shipowners’ arguments that the industry had suffered financially during the pandemic was not rooted in reality, especially compared to the strain and turmoil experienced by seafarers battling the Covid-19 pandemic, a lack of crew change, and its impacts on seafaring sectors such as cruise. He said international shipping rates were at all-time highs and most shipowners had done well out of the pandemic, despite earlier predictions of falls in revenue and profitability. “Failing to agree means the ITF now must unilaterally determine the ILO minimum wage rate, but unlike the shipowners we will respect and keep faith with the ILO formula, which is fair and objective,” Dickinson continued.

The formula puts the minimum wage at $683 per month with effect from 1st January 2022, a $1.40 per day increase on the current rate of $641, which was set following discussions at the ILO in 2018. Dickinson said the wage rise represents less than the price of a cup of coffee in most countries. “We are now making preparations to engage robustly with industry stakeholders and wider society to promulgate our views. We will use the extensive networks and media profile established during the crew change crisis to support our campaign for pay fairness for seafarers,” he noted.

On the other hand, shipowner representatives said they were disappointed that talks to increase the minimum wage for seafarers at the ILO have broken down.

“Despite the impact of the COVID-19 pandemic on the global industry shipowners, representing the cruise and transport sectors, put forward a three-year deal to increase the basic minimum wage for seafarers to provide a level of security for seafarers at this worrying time. The offer represented a 3% increase for seafarers across the world at a time when many workers on land are having pay freezes and losing their jobs,” the ICS said in a statement. Turning down of the offer will mean that able seafarers will now not be entitled to a rise in the minimum wage for 2 years, in line with the ILO process.

According to ICS, shipowners remain open to discussing the minimum wage with the unions in an effort to seek an early resolution. “Unfortunately the seafarers’ representatives rejected a generous offer from the shipowners in these unprecedented times. We went further than we had anticipated but the offer was still rejected. However, our door is always open,” Natalie Shaw, Director Employment Affairs at the International Chamber of Shipping, said.

The ordeal of the seafarers, who have been described as the backbone of global trade, keeping goods moving in unprecedented times, is yet to be resolved In the meantime, the declining attractiveness of working at sea, further impacted by the sector’s mishandling of the Covid-19 crisis, creates a major issue for the sector.

Specifically, the shipping industry’s energy transition and digitalization plans are likely to raise the bar for seafarer recruiting, requiring more IT specialists and engineers.

Fuels of the future will require a higher level of education and training for seafarers so that operating all these systems can be done in a safe and effective manner. Therefore, in order to attract the best talent to the shipping sector in the future, the working conditions, including the establishment of greater work and life balance, are of paramount importance.