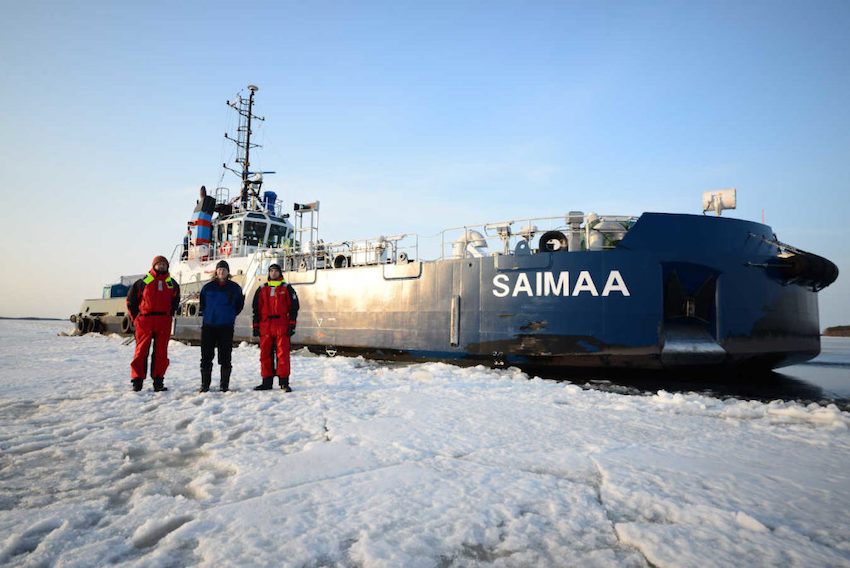 During the ice trials, the Ice Load Monitoring System (ILMS) delivered by Aker Arctic provided valuable information in form of real-time thrust and torque data from all four propellers of the combination. In addition, the connector pins used to couple Saimaa and Calypso are also instrumented and connected to the ILMS.