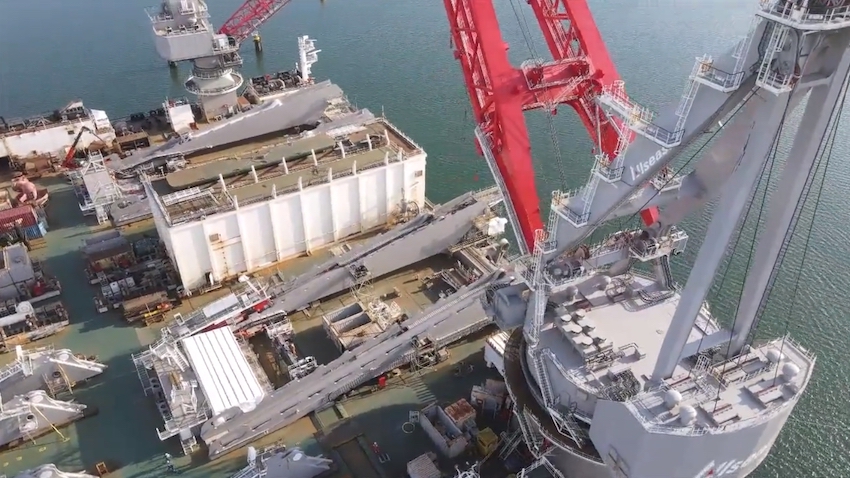 Allseas equipping Pioneering Spirit with a second unique lift system capable of removing and installing complete offshore jackets weighing up to 20,000 t in one go. After several months of installation works, the sheer size of the “Jacket lift system” (JLS) is becoming apparent!

Recent activities have focused on the “hang-off and upend system” (HOUS), the function of which is to raise and tilt the 170-m lifting beams. The HOUS comprises integrated upend systems, each with a pair of 50-m skid tracks fitted with “push-pull” mechanisms. Hydraulic cylinders drive the push-pull devices along the tracks, moving the beams up, while transom-mounted hang-off frame (HoF) assemblies function as hinges around which the beams rotate.

While the technology is ground-breaking, the way the system works is rather simple. After cuts are made to a jacket’s foundation piles at seabed level, hoisting blocks suspended from the lifting beams raise the jacket at the main legs. The jacket is subsequently aligned with the beams, reclined, and skidded further inboard before transit. 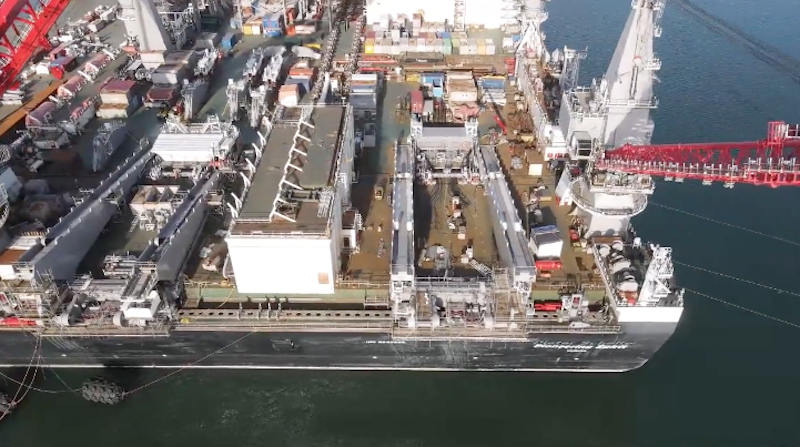