ONE Apus Containership Returns to Sea After Three Month Recovery 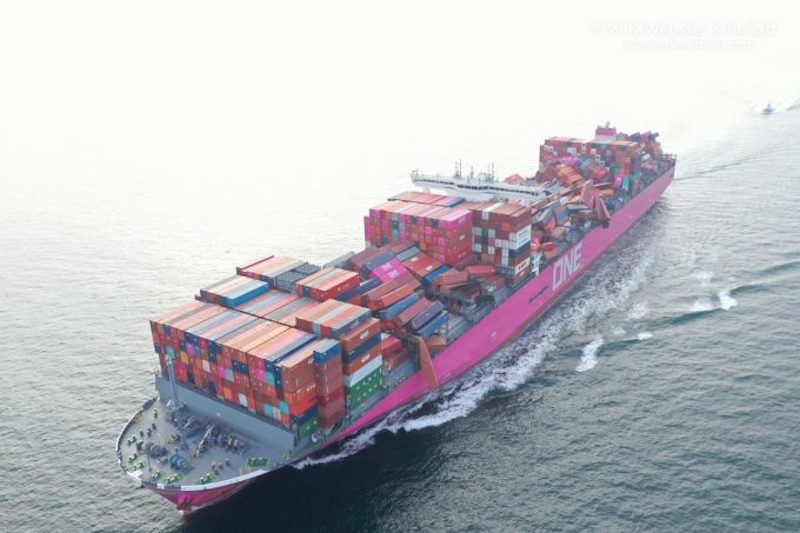 The containership ONE APUS returned to sea more than three months after it sought refuge in Japan following one of the worst container losses at sea ever recorded.

The 14,052 TEU boxship departed Kobe, Japan on March 16 resuming the interrupted voyage to Long Beach, California where she is now expected to arrive on March 30, four months after she lost 1,816 containers at sea during severe weather approximately 1,600 nautical miles northwest of Hawaii.

The ONE APUS departed Kobe at with only a partial load. She had arrived in Kobe on December 8 and the delicate process of offload the dislodged containers had begun. As of the end of February, ONE reported that nearly 1,000 containers had been offloaded. They were being sorted into containers that were too badly damaged, ones that could be transloaded, and those that remained stable.