Fire on MSC Lirica in Port of Corfu 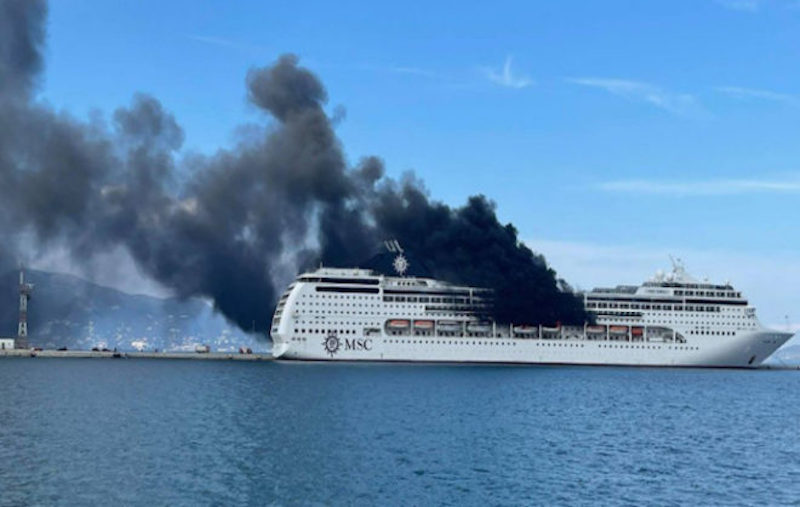 A fire broke out this afternoon on MSC Lirica cruise ship, according to a Greek reporter, Kerkyra Simera.  The MSC cruise ship has been moored in the port of the Corfu since January 30th.

The Greek website reports that as many as 38 firefighters with 13 vehicles and a firefighting boat with 8 firefighters were promptly responded to the emergency at the dock at the Corfu port.

Several people took videos of the raging fire, including the image which was posted on Facebook via Maria Tatia.

The cruise ship was carrying only crew members and is without passengers because of the pandemic.

There were no reports of injury to crew members. A firefighter was reportedly taken to Corfu General Hospital as a precaution, due to inhaling smoke.

So far, the cause of the fire have not been identified.