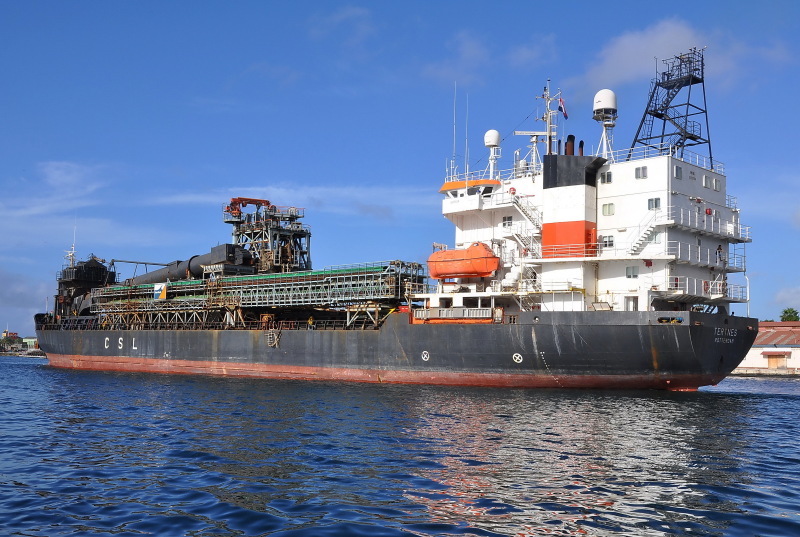 The master of the self-discharging bulker TERTNES died during a voyage from Gulen, Norway to the Port of Dover, and a post-mortem coronavirus test returned a positive result.

On February 24, as TERTNES was under way in international waters en route to Dover, she made a distress call to Norway's Main Rescue Center and requested assistance. The master was having a medical emergency. In response, two doctors were dispatched to the vessel aboard a helicopter; unfortunately the captain did not survive. The vessel diverted to the port of Mekjarvik, Norway, arriving on February 25. The authorities tested everyone on board for COVID-19, and seven individuals out of 17 tested positive, according to NRK. None showed symptoms of the disease. A sample taken from the remains of the master also returned a positive result, but it is not known whether he died of COVID-19 or of other causes, the chief physician for Randaberg told NRK.

The vessel's last crew change had been on February 12. She has now been quarantined at Mekjarvik, and all 17 of her crewmembers are required to stay on board. The two doctors who boarded the vessel have been quarantined, along with marine pilots and technical personnel who were recently on board.